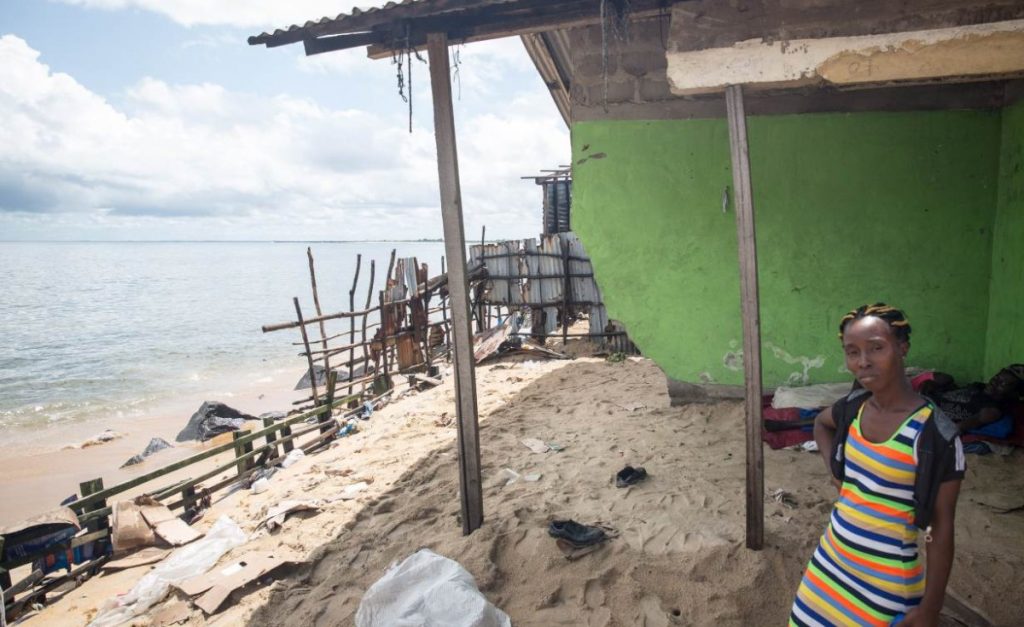 Greenville — Investigation and observation have revealed that Sinoe’s coastal capital, Greenville, is likely to draw down in size if nothing is done by central government to curb sea erosion affecting the city.

With over forty thousand residents in the affected communities, the challenge of relocation and migration remains major affecting them.

Coastal erosion is the loss or displacement of land or the long-term removal of sediment and rocks along the coastline due to the action of waves, currents, tides, wind-driven water, waterborne or other impacts of storms, according to environmental studies.

Started in 2013, the situation continues to affect the livelihood of residents, leaving some others homeless as well as destroying the view of the third original capital of Liberia from the south of the equator.

Liberia, as a county, has seen some interventions from the central government in mitigating the worrisome situation, but it is yet to meet expectations as more needs to be done, citizens from the affected communities disclosed.

A release from the Environmental Protection Agency said it is working with national and international partners to find funding as the situation is becoming worse on a daily basis.

It can be recalled that in 2017, the government under the leadership of former President Ellen Johnson Sirleaf launched the costal defense force project with funding from UNDP and other partners in an effort to mitigate the ongoing situation.

A LINA interview captured several views from affected community dwellers, describing the ongoing situation in their respective areas as unhealthy and even unsafe, thereby posing risk to them and creating serious environmental hazard.

Sand and coastal mining within nearby rivers and creeks that hold boundaries with the Atlantic Ocean is said to be one of the major factors contributing to the ongoing erosion within coastal counties, according to environmental studies.

The EPA said, of recent, it has concluded a nationwide tour on assessment of those affected counties capitals, including Greenville, adding that with support from partners, prompt intervention is expected.

The Environmental Protection Agency is an independent executive agency of the Liberian government, tasked with environmental protection matters.

When contacted for comments on the situation, Sinoe County Superintendent, Lee Nagbe Chea, said while it is true the government is challenged financially, quick intervention needs to be down or else in nearby years the entire Greenville will likely be swept away by the ocean.

Superintendent Chea said his office is seriously concerned about such situation that continues to displace and relocate citizens on a daily basis, adding that his office is working closely with the lawmakers of the county, including the office of the President, for interventions on the prevailing situation.

“We are seriously concerned and also want to call on partners to come to the aid of our city Greenville and other coastal cities across Liberia,” he explained.