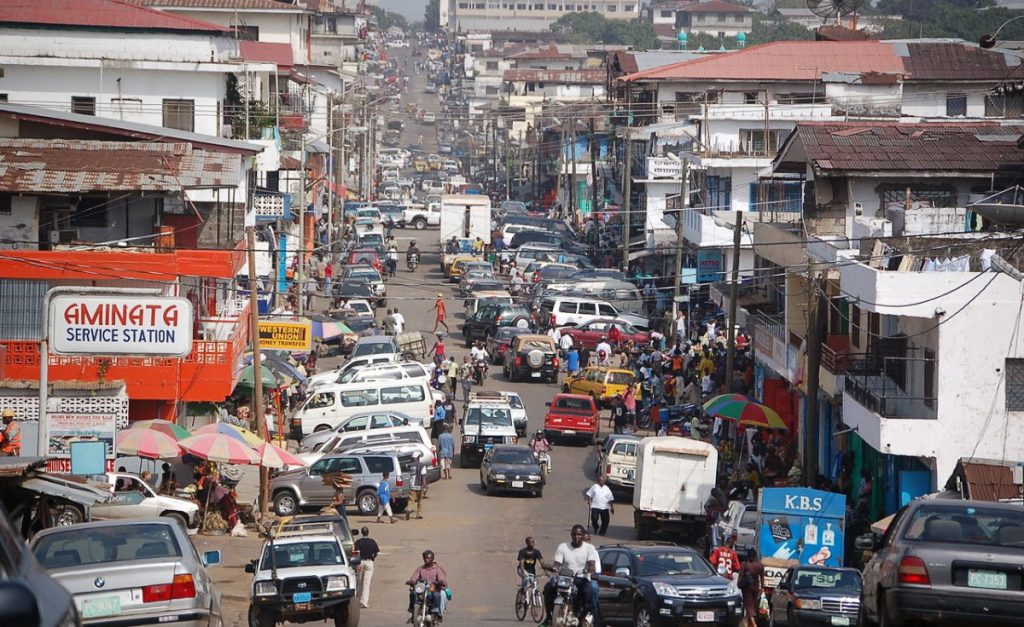 Monrovia — Less than 24 hours after the United States Treasury Department slapped sanctions on three senior members of the George Weah-led government, the Liberian President has suspended his most trusted ally and Minister of State Nathaniel McGill, Bill Twehway, head of the National Port Authority and Solicitor General Sayma Syrenius Cehpus.

In a statement dispatched to FrontPageAfrica a short while ago, the Executive Mansion said it has received with serious concern, a recent United States Treasury Department report which designates three of his officials for specialized sanctions under the Global Magnitsky Act.

“President Weah views the allegations against the officials contained in the report as grave. In view of this, President George Manneh Weah has suspended the named officials, Minister of State Nathaniel McGill, the Managing Director of the National Port Authority Bill Twehway, and Solicitor General Seyma Serenius Cyphus with immediate effect to enable them to face investigation.”

The President has also designated the principal deputies of the suspended officials to act in their stead.

On Monday, the US Ambassador to Liberia, Mr. Michael McCarthy, speaking to a select group of media manager and editors at the US embassy Monday, expressed the hope that President Weah would do the right thing in the aftermath of the sanctions.

Asked whether he expects President Weah to dismiss the officials named, Ambassador McCarthy said: “I would never tell a president who is elected by the people what to do but I think the President knows what the best moves will be. I also want to emphasize that President was invited to Washington in December and nothing will change and that invitation stands because this is against individuals and not the country. I’m sure this will get the attention of the President. In some ways, this offers new tools and impetus to make good decisions for the country.”

The sanctions fall under the Global Magnitsky Human Rights Accountability Act and named Minister of State Nathaniel McGill, National Port Authority Director Bill Twehway, and Solicitor General Syrenius Cephus. After a rigorous inter-agency investigation, the Treasury Department determined that these three officials engaged in corrupt acts, and they are now subject to U.S. financial sanctions and visa restrictions. This is a decision that the United States Government does not take lightly because corruption is not a light topic. As Treasury Secretary Yellen put it, “Corrupt acts take resources from citizens, undermine public trust, and threaten the progress of those who fight for democracy.

According to the US Treasury Department, during his tenure in government, Minister McGill has bribed business owners, received bribes from potential investors, and accepted kickbacks for steering contracts to companies in which he has an interest. “McGill has manipulated public procurement processes in order to award multi-million dollar contracts to companies in which he has ownership, including by abusing emergency procurement processes to rig contract bids. McGill is credibly accused of involvement in a wide range of other corrupt schemes including soliciting bribes from government office seekers and misappropriating government assets for his personal gain. He has used government funds allocated to other Liberian government institutions to run his own projects, made off-the-books payments in cash to senior government leaders, and organized warlords to threaten political rivals. McGill has received an unjustified stipend from various Liberian government institutions and used his position to prevent his misappropriation from being discovered. McGill regularly distributes thousands of dollars in undocumented cash to other government officials for government and non-government activities.”

The Treasury department said, McGill is being designated for being a foreign person who is a current government official who is responsible for or complicit in, or who has directly or indirectly engaged in, corruption, including the misappropriation of state assets, the expropriation of private assets for personal gain, corruption related to government contracts or the extraction of natural resources, or bribery.

Regarding Cephus, is the current Solicitor General and Chief Prosecutor of Liberia, the Treasury Department noted that the controversial Solicitor General has developed close relationships with suspects of criminal investigations and has received bribes from individuals in exchange for having their cases dropped. “Cephus has worked behind the scenes to establish arrangements with subjects of money laundering investigations to cease investigations in order to personally benefit financially. He shields money launderers and helps clear them through the court system and has intimidated other prosecutors in an attempt to quash investigations. Cephus has also utilized his position to hinder investigations and block the prosecution of corruption cases involving members of the government. Cephus has been accused of tampering with and purposefully withholding evidence in cases involving members of opposition political parties to ensure conviction.”

The Solicitor General, according to the Treasury Department, is being designated for being a foreign person who is a current government official who is responsible for or complicit in, or who has directly or indirectly engaged in, corruption, including the misappropriation of state assets, the expropriation of private assets for personal gain, corruption related to government contracts or the extraction of natural resources, or bribery.

Regarding Twehway, the Treasury Department noted that the current Managing Director of the National Port Authority (NPA), orchestrated the diversion of $1.5 million in vessel storage fee funds from the NPA into a private account. “Twehway secretly formed a private company to which, through his position at the NPA, he later unilaterally awarded a contract for loading and unloading cargo at the Port of Buchanan. The contract was awarded to the company less than a month after its founding. Twehway and others used family members to obfuscate their own involvement in the company while still benefitting financially from the company.”

Twehway is being designated for being a foreign person who is a current government official who is responsible for or complicit in, or has directly or indirectly engaged in, corruption, including the misappropriation of state assets, the expropriation of private assets for personal gain, corruption related to government contracts or the extraction of natural resources, or bribery.