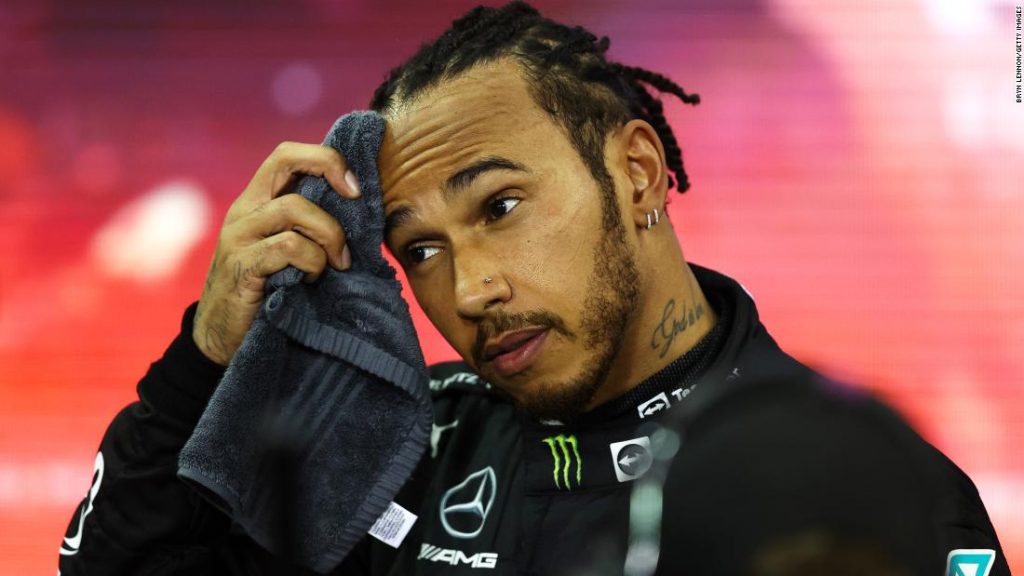 The seven-time world champion saw a potential record-setting eighth title slip away after he was beaten by the 24-year-old Red Bull driver, following a controversial season finale in December 2021.
“You see things start to unfold,” Hamilton told Vanity Fair in an interview published on Monday.

“My worst fears came alive. I was like, there’s no way they’re going to cheat me out of this. There’s no way. That won’t happen. Surely not.”

Hamilton was well on his way to winning his eighth world title until Williams Racing driver Nicholas Latifi collided into the barriers with four laps remaining, resulting in the safety car being called out.

Former F1 race director Michael Masi allowed racing to restart on the final lap and Verstappen was permitted to start almost side-by-side with Hamilton, despite the Mercedes driver having previously earned a sizable lead.

Hamilton said that after the race, he remembers sitting in his car “in disbelief.”

“I don’t know if I can really put into words the feeling that I had,” he added.

“I do remember just sitting there just in disbelief. And realizing I’ve got to undo my belts, I’ve got to get out of there, I’ve got to climb out of this thing, I’ve got to find the strength,” he added. “I had no strength. And it was one of the toughest moments, I would say, that I’ve had in a long, long time.”

The outcome of the race prompted mixed reactions on social media.

“Max is an absolutely fantastic driver who has had an incredible season and I have nothing but huge respect for him, but what just happened is absolutely unacceptable. I cannot believe what we’ve just seen,” fellow Mercedes driver George Russell tweeted at the time.
Former F1 champion Damon Hill also expressed his incredulity at Masi’s decision, tweeting: “This is a new way of running the sport where the Race Director can make these ad hoc decisions. Its been a bit too ‘guess what I’m going to do now’ I think.”
However, Liverpool FC footballer Virgil van Dijk congratulated Verstappen on Twitter, writing: “WHAT A BOSS!”
Mercedes initially lodged an appeal into how the Abu Dhabi Grand Prix finished, but eventually withdrew their complaint and congratulated Verstappen on his victory.

When asked if he felt cheated by Masi’s decision and the controversy that followed, Hamilton told the magazine: “I knew what had happened. I knew what decisions had been made and why. Yes, I knew that something wasn’t right.”

After a feverish ending to an intense season, Hamilton said he found comfort in his father’s arms.

“He embraced me, and I think he was like, ‘I want you to know how proud I am of you.’ Having your father embrace you in that way is one of the most profound things,” he said.

“Especially as you’ve grown up not many times having that.”