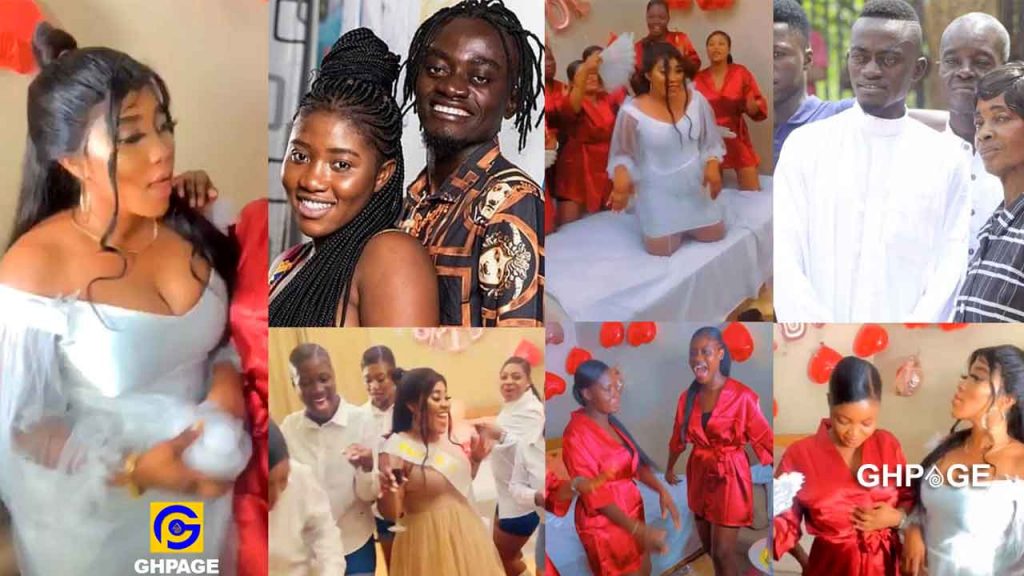 Ghanaian artist, musician, actor and comedian. Kwadwo Nkansah aka Lilwin has tied the knot with his American Baby Mama in a secret wedding.

The wedding ceremony which took place today in Jamasi, a popular town in Kumasi was exclusive private and only selected individuals were in attendance.

Photos and videos from the private ceremony are yet to pop up online. Meanwhile, below is a video of Lilwin’s new wife and the bridesmaids having a joy-filled bridal shower.

Recall somewhere last year, Kwadwo Nkansah Lilwin shared a photo of a US-based beautiful wife (Maame Serwaa) and his adorable four kids on his Instagram page to celebrate them.

Two of these he posted are from his first marriage with his ex-wife, Patricia Afriyie while the other two were with his current wife.

Following one of his recent interviews, the popular actor revealed that he has married again after he divorced his ex-wife, Patricia Afriyie in 2012.

The comic actor divorced his wife Patricia after 4 years of marriage. After a failed marriage, he has moved on with Maame Serwaa.