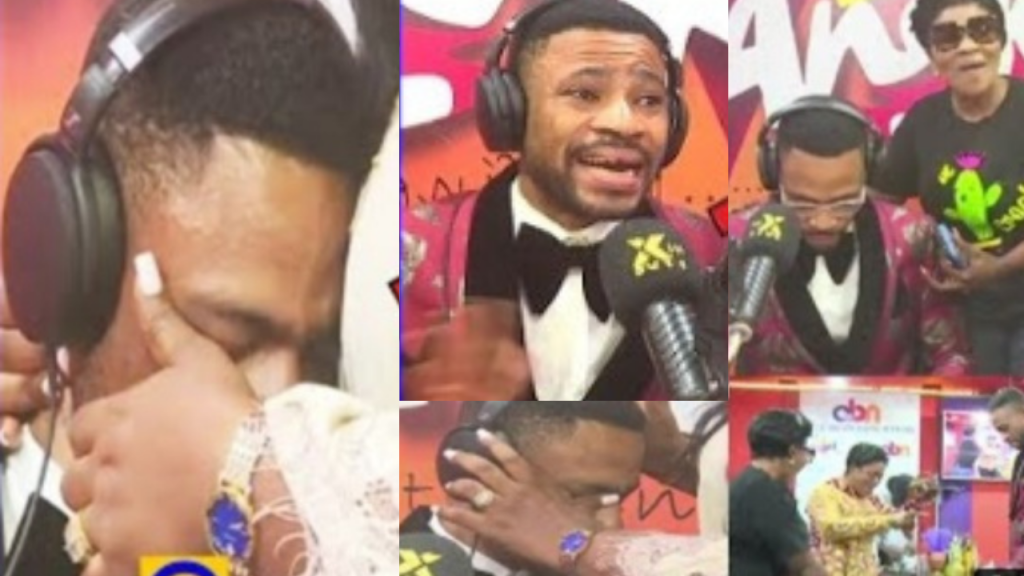 Kofi Adomah’s wife, Mrs Miracle Adomah has spoken for the very first on radio notwithstanding the fact that she has been married to the astute radio/tv broadcaster for the past decade and counting now.

Today happens to be Kofi Adomah’s birthday and his wife and family paid him a surprise visit inside the studios of Angel FM.

Overwhelmed Kofi Adomah who never expected such a huge surprise burst into tears upon seeing his loved ones and later made some shocking revelations on live air – Including having children with multiple women and also sleeping around sometimes.

He also recounted how his wife paid half of the price for his first house and solidly stood by him despite his rebellious and womanizing behaviour in the early stages of their relationship.

Mrs Miracle who was very delighted with her husband’s confessions and heavy praises also used the opportunity to advise her fellow women to always stand beside their husbands come what may.

As advised by Mrs Adomah, wives will forever be at peace with themselves if they admit and see their husbands as their stubborn kids whom they can’t just dump at the refuse site.

Because only such an illusion can help them stay in their marriages irrespective of their husbands’ stubborn behaviours.