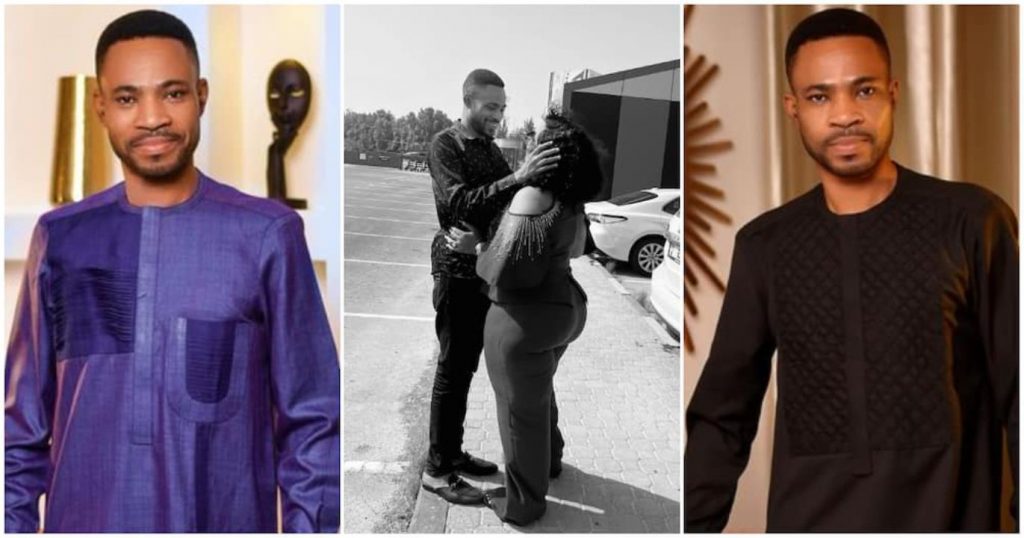 Kofi Adomah’s wife, Mrs Miracle Adomah has received praise from discerning Ghanaians after she called her husband on live TV to stop going deep into their marital issues.

After Kofi Adomah’s open confession on live radio of cheating on his wife and even having kids outside their marriage, he came under serious attacks from social media users for abusing his wife and taking advantage of her leniency.

He was mercilessly insulted and criticized for posing as an innocent person on the internet but being the real devil incarnate behind closed doors.

Kofi Adomah who couldn’t swallow the bitter attacks decided to address the issue on his YouTube channel to set the records straight.

While in the middle of going deep into his marital woes, Kofi Adomah’s wife interrupted the YouTube live and begged him to end the session.

As suggested by the considerate and smart wife, Kofi Adomah shouldn’t give an audience to the attacks on him because people will still believe what they want to believe.

She begged him never to openly discuss their marital issues again for the sake of their innocent children.

Mrs Adomah additionally encouraged her husband to leave matters into God’s hands because only him knows the truth behind the whole brouhaha.