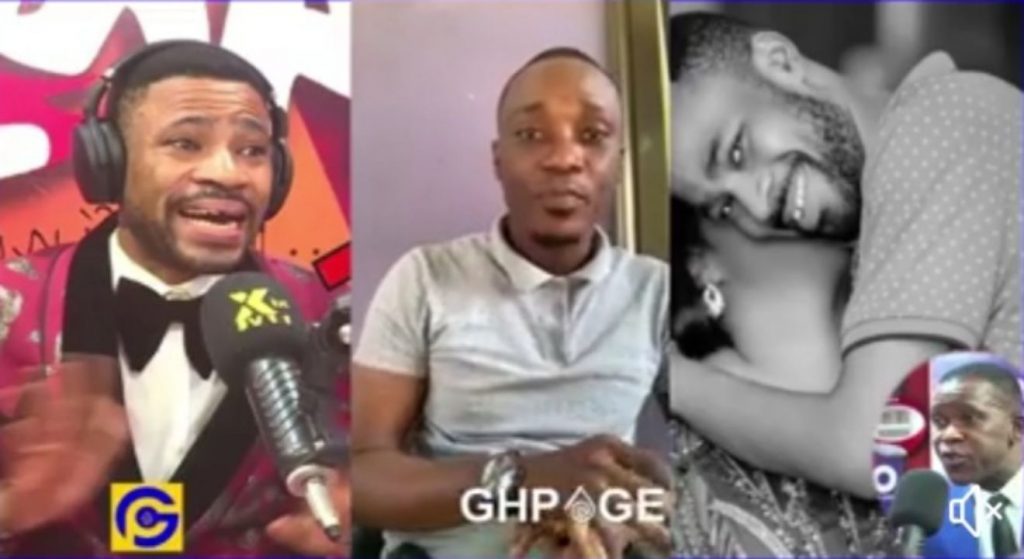 According to Mubarak, the trending audio that suggests Kofi Adomah dumped his first wife for Mrs Miracle Adomah is a complete lie.

Going into deep details, Mubarak alleged that Kofi Adomah was forced to dump Miracle Adomah for his supposed first wife because Miracle’s father was against their marriage.

He continued that Mrs Miracle Adomah is the financier of Kofi Adomah’s “first wife’s” car and shop because of her love for peace.

Mubarak who seems to know more about the whole saga also asserted that Mrs Mircale Adomah has rented a 3-bedroom house for Kofi Adomah’s “first wife” and even pays her electricity and water bills.

READ ALSO: You will die a foolish death if you are not careful – Counselor Lutterodt to Kofi Adomah

As threatened by Mubarak, if anyone dares to drop another audio to destroy Kofi Adomah’s reputation again, he will expose the people who tried to take Kofi Adomah’s life by poisoning him

To sum it all up, Mubarak categorically stated that all the accusations in the trending audio that Kofi Adomah has neglected his first wife and kids are lies and shouldn’t be tolerated.

Kofi Adomah got in the news after telling the world how his wife stood by him faithfully while he went about impregnating other women.

READ ALSO: Kofi Adomah’s wife calls to stop him from addressing their marital issues on Youtube

He chose his birthday to make all this revelation during a live broadcast of a radio show at his station. His wife pulled a surprise visit on him while working and that triggered all the emotion.