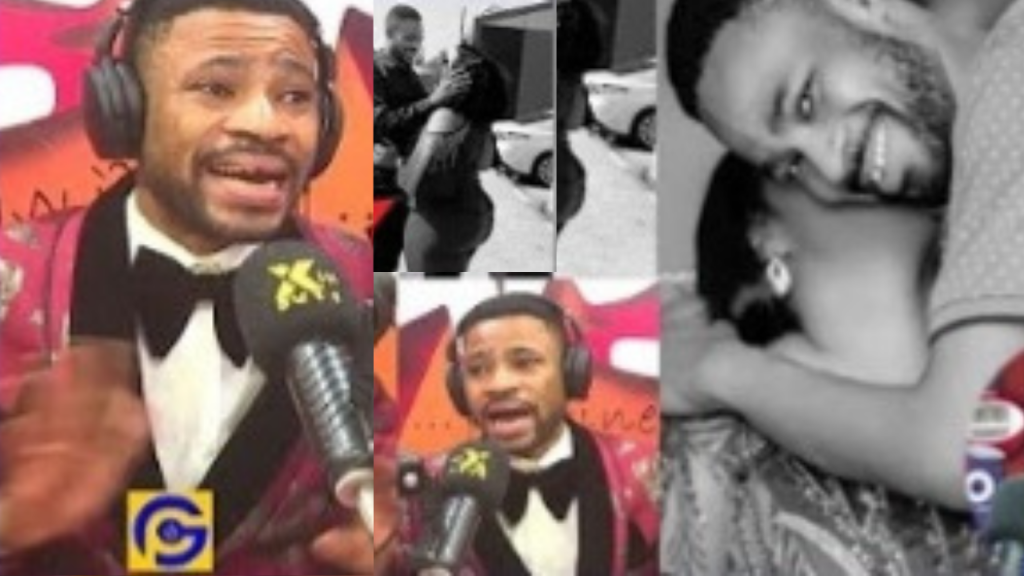 Recounting the early years of his affair with his wife, Kofi Adomah narrated how his wife’s father who was a military man swore never to allow him to marry his daughter.

This followed after he impregnated now Mrs Miracle Adomah who was a teenager by then and was naive about romantic affairs.

Kofi Adomah revealed in the course of the interview that because his father-in-law was against his marriage to his daughter – He was forced to date other women and in the process, birthed kids and some are in London at the moment.

Speaking on why he always speaks highly about his wife, Kofi Adomah emphasized that he has no choice but to love and flaunt his wife with the slightest opportunity he gets because, despite all of the bad things he did in the past, she has remained by his side and never left.

This is the first time Kofi Adomah’s wife has openly spoken although they have been married for more than a decade now.

We are yet to know why she wants to remain anonymous but maybe she will show the world her face in the future.