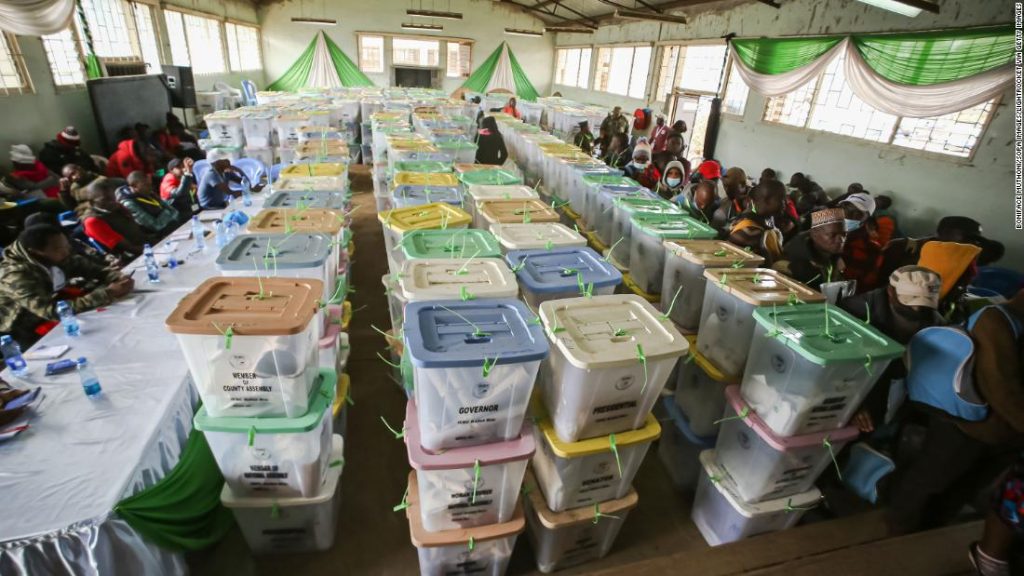 The chair of the Independent Electoral and Boundaries Commission (IEBC) accused party agents of approaching the process like a “forensic audit,” saying they were disrupting the process.

“Please don’t interrogate the returning officers and slow down the process. If we do that then we shall not be able to finish this exercise,” the chair Wafula Chebukati said during a press briefing on Friday.

“Agents, play your role: observe, make notes and then let the process move on,” he added, threatening to kick out disruptive individuals.

Three days after the polls closed, 99.94% of results from polling stations have been submitted electronically, but only a small number have been verified and announced by the IEBC.

The wait has heightened anxiety across the country as Kenyans wait eagerly to find out the winner of the presidential race. Provisional results tallied by major TV stations showed frontrunners Raila Odinga and William Ruto neck-and-neck in the race. However, with more than 13 million out of some 14 million votes tallied, the broadcasters have stopped updating the tally as of Thursday night.

Kenyan election law requires designated poll officials known as returning officers to bring physical forms showing results from across the nation to the tallying center in the capital Nairobi.

The IEBC has until Monday, August 15 to declare the results. The commission has latched onto legislation that allows for up to seven days (from polling day) to announce a winner. The delay has fueled disinformation among Kenyans who are anxious to know who their next president is. Some influential Kenyans have posted unverified claims on social media regarding the conduct of the election while announcing victory for their preferred candidates.

The presidential contest is largely considered a two-horse race between Deputy President Ruto and veteran opposition leader Odinga, who was backed for the top job by outgoing President Uhuru Kenyatta.