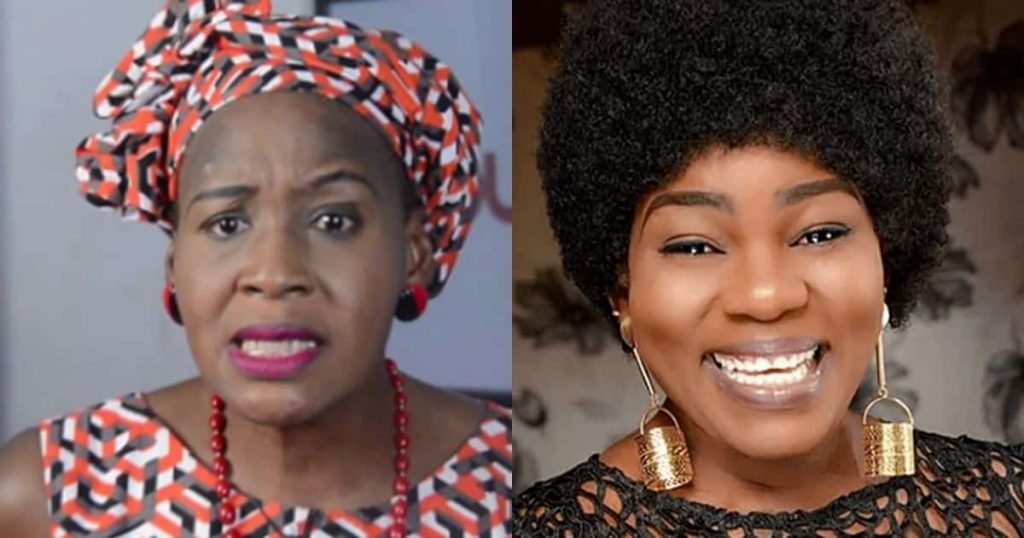 Retired journalist, Kemi Olunloyo comes under fire for revisiting her feud with Ada Ameh amid reports about the death of the actress.

In a post shared on her Instagram page, Kemi Olunloyo recounted how Ada Ameh heaped insults on her and called for her to be beaten due to her stance on Sylvester Oromoni’s case in December 2021.

Elaborating on the clash, she recalled how activist, Adetoun Onajobi posted her former phone number/house address and fueled the beating threats which left many disturbing messages flooding her inbox.

The pharmacist concluded by advising people to live a good life and never to take anyone for face value.

“#AdaAmeh DEATH: I learned Ada was dining yesterday with friends and suddenly slumped and collapsed. She threatened me and urged her fans to beat me for exposing the truth about the #SylvesterOromoni case in December 2021. She called me crazy, mad and mentally derailed. I’m non of that. I was simply doing my job as a journalist defending media freedom. Many of the fans sent me 900 terrorizing iMessages and 454 WhatsApp messages after Adetoun Onajobi posted my former phone number and old apartment online. Toun started the beating threats and Tacha Akide even tweeted that anyone going to beat investigative journalist should film it. My children 35, 31 and 21 in America were also terrorized. They feared for my life. Even the Landlord and other tenants were worried. I kept every single message. Tonto Dikeh also did the same with every celebrity threatening an investigative journalist for not liking outcomes of my work. They could have just unfollowed me. Today I no longer practice journalism in Nigeria. I am a Wellness & Drug abuse education and prevention expert and Ada is no longer here. Live a good life, never take anyone for face value.

Reacting, netizens took to the comment section to lash out heavily at Kemi Olunloyo for bringing up the past issue at a delicate moment like this.

See some comments below: