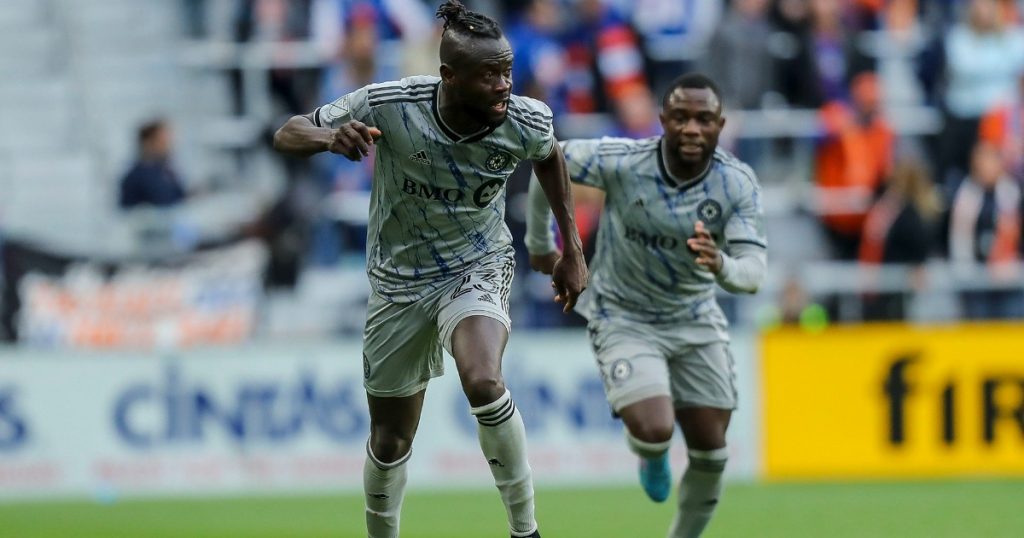 Kei Kamara has described reaching Major League Soccer’s third all-time top scorer as a blessing and thanked all those who have supported him.

Kamara, the CF Montréal striker, is now third on MLS’s all-time goals scored record after his goal on Wednesday night.

“It’s amazing and a blessing to be in such a club of players at such a crucial time of Major League Soccer,” a delighted Kamara told FootballSierraLeone.Net.

“Major League Soccer is becoming one of the best leagues in the world with so much attention from international players moving to the MLS.

I am honoured – but not done yet. I feel great, and I am going to continue playing in this league that I know so well.

An accomplishment like this is not really about me but the people that follow me. My family, my friends, the fans that followed and appreciate what I do on and off the field for so many years.”

For me, it is a blessing that I can continue to do what I love playing soccer, but at the same time, I am focused on continuing to help my team and teammates.” So, I am enjoying the moment. The goal was against one of my favourite clubs in Major league Soccer, the Columbus Crew, the club I first played for professionally.”