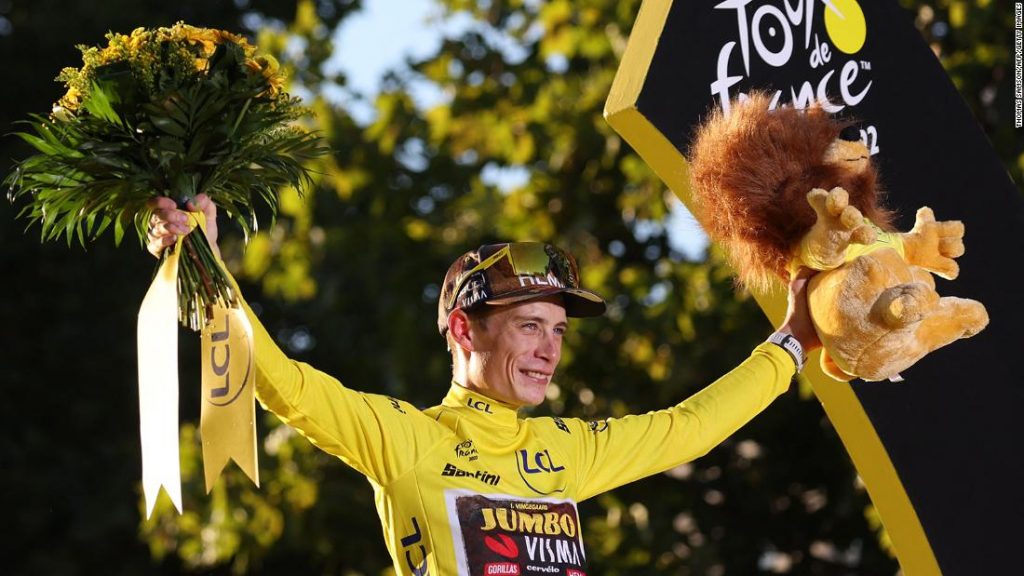 Vingegaard, winner of stages 11 and 18, is also the second Dane to wear the yellow jersey, cycling’s most coveted prize. Another Dane, Bjarne Riis, did win in 1996, but he was ordered to return his yellow first-place jersey in 2007 after admitting to using performance enhancing drugs to win his title.

Geraint Thomas, the 2018 Tour champion, completed the podium in this year’s three-week race.

The Tour de France is a prestigious multistage bike race that takes place annually in France and sometimes the surrounding countries. The race, also known as Le Tour or La Grande Boucle, includes 21 stages and covers 3,328 kilometers in 2022.

Vingegaard survived a puncture at Stage 5 to make a solid start, moving into the top three for the first time at the following stage as UAE Team Emirates’ Pogacar triumphed to rise to the summit.

At Stage 7, he agonizingly missed out on his first stage win due to a last-stretch Pogacar surge at Stage 7.

Vingegaard wrestled the lead and the yellow jersey from the Slovenian at Stage 11, with a scintillating attack earning Vingegaard his first-ever stage win.

Disaster struck at the 15th stage when Vingegaard was involved in a crash, with Pogacar adding another win two stages later, but the Dane responded emphatically with his second victory at Stage 18 to extend his lead to almost three and a half minutes.