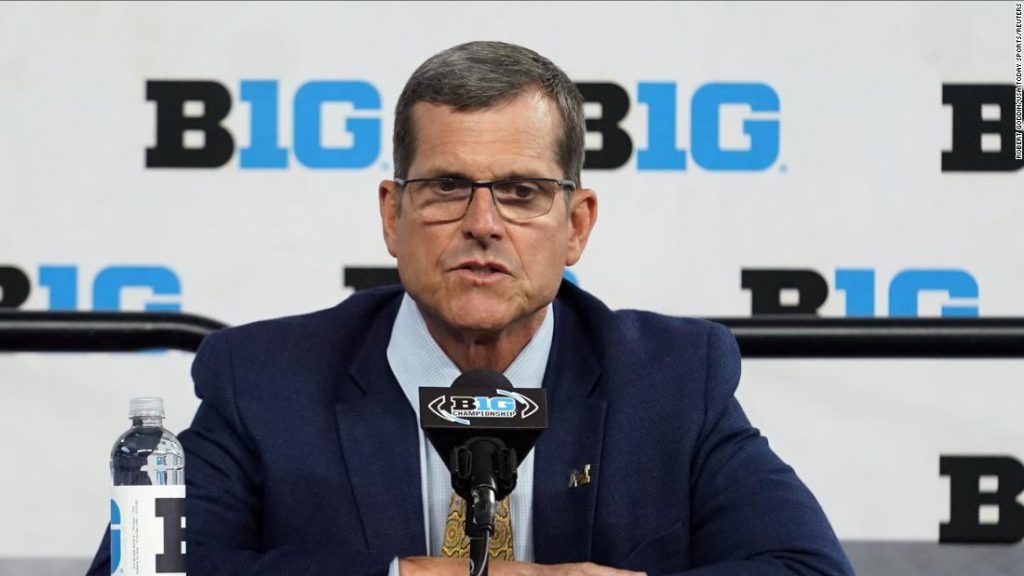 Harbaugh, a Catholic, and his wife Sarah spoke last week at the pro-life ‘Plymouth Right to Life’ event. He spoke about how his pro-life beliefs were instilled by his parents from a young age.

“I believe in having the courage to let the unborn be born,” Harbaugh said. “I love life. I believe in having a loving care and respect for life and death. My faith and my science are what drive these beliefs in me. Quoting from Jeremiah: ‘Before I formed you in the womb, I knew you. Before you were born, I set you apart. I appointed you as a prophet to the nations.'”
When asked about those comments in an interview with ESPN’s Gene Wojciechowski over the weekend, Harbaugh said: “Faith, family, football … those are my priorities. I just think that … the abortion issue is one that’s so big that it needs to be talked about. It needs serious conversation. What do you think? What do I think? What do others think?”

He added: “It’s a life-or-death type of issue. And I believe in, and I respect, people’s views. But let’s hear them. Let’s discuss them because there’s passion on both sides of this issue. So when you combine that with respect, that’s when the best results come. … [I’m] just contributing to that conversation and that communication, which I think is really important, in my opinion.”

Harbaugh’s comments come after a huge uproar over the Supreme Court’s momentous decision to overturn Roe v. Wade in June which eliminates the nearly 50-year-old federal constitutional right to have an abortion in the US.

On Tuesday, the Supreme Court officially transmitted its judgment, clearing the way for state restrictions to go into effect. A number of states — including Idaho, Tennessee and Texas — were waiting for this official word to come before enacting some of their laws to restrict abortions, according to the Guttmacher Institute, a reproductive rights think tank.

More than half of the states in the US have laws that ban or severely restrict abortion rights, and some have so-called trigger laws that were meant to take effect automatically if Roe v. Wade were ever reversed. Since the court struck down Roe, legal fights are underway in several states with supporters of abortion rights seeing some success in temporarily blocking bans in at least five states, including Idaho, Kentucky, Louisiana, Michigan and Utah.

The verdict has sparked widespread protests and demonstrations as abortion rights activists took to the streets to show their outrage at the decision.

Harbaugh, a former NFL quarterback and NFL coach, has been outspoken about social justice issues over recent years, showing his vehement support for Colin Kaepernick as well as attending an anti-police brutality march in the week after George Floyd’s murder.

He said in the interview with ESPN that if any of his players or staff members are to have a baby that they are not prepared to care for, he and his wife would look after it.

“Any player on our team, any female staff member or any staff member or anybody in our family or our extended family … that doesn’t feel like after they have a baby they can take care of it, we got a big house. We’ll raise that baby.”