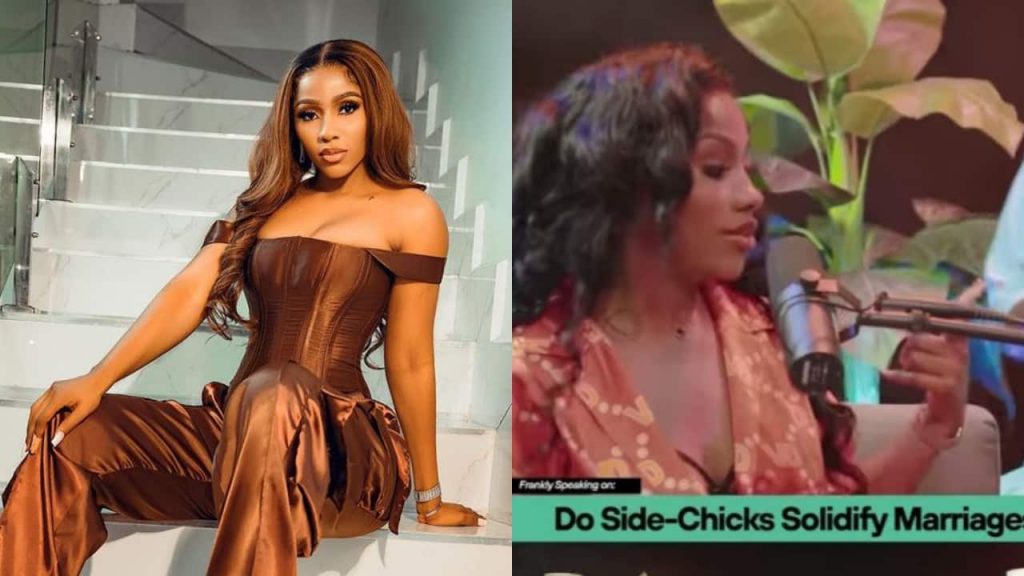 Former Big Brother Naija housemate, Mercy Eke has stated that she has never been any man’s side chick.

The reality star made this known while speaking in a podcast “Frankly Speaking” alongside Pretty Mike on whether side chicks solidify marriages.

According to Mercy, she isn’t dating any married man and has never been a side chick to anyone.

She claims that even if she decides to become a side chick to any married man, his wife should know that she has lost her husband to her.

Watch her speak below: