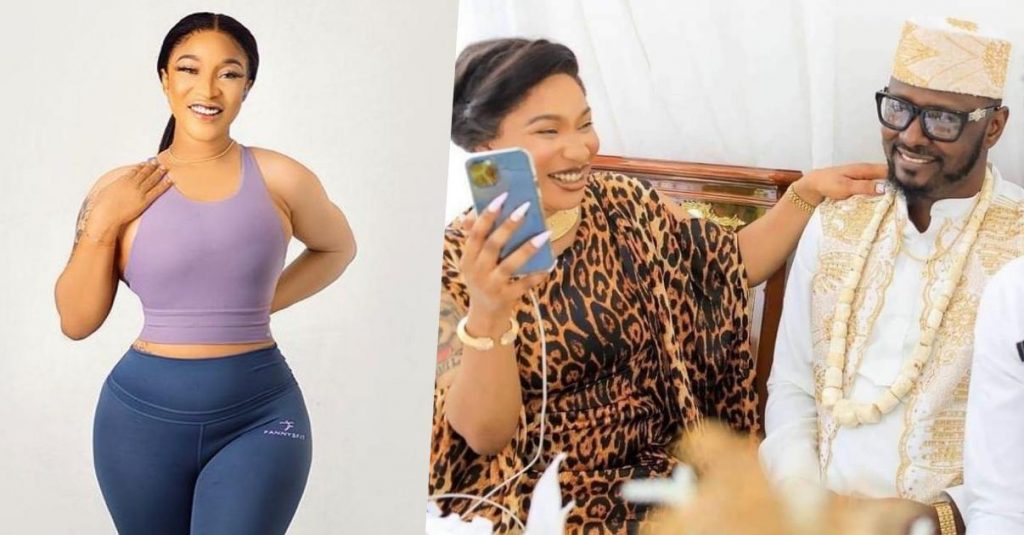 Popular Nollywood actress, Tonto Dikeh, gives clarity on the collapse of her relationship with her ex-boyfriend, Prince Kpokpogri, as she debunks the claim of ‘heavy drinking and smoking.’

This came after a news publication platform claimed that the actress’ relationship ended over unhealthy drinking and smoking habits.

In reaction to the article, Tonto Dikeh corrected the notion by stating affirmatively that her ex-boyfriend’s affair with other women under her roof was the cause instead.

“Dear @punchnewspapers My relationship didn’t end because of allegations on me, MY RELATIONSHIP TO PRINCE KPOKPOGRI ended because he was exposed through series of voice note on how promiscuous he was sleeping with different women under our roof.. particularly Married Women and this was exposed through his phone call to Miss Merit also one of the girls he was sleeping with and his Ex Pimp!!

These are not allegations as I can confirm that it’s his voice, I took my L and broke up this relationship and then the blackmailing by Prince started..

He never walked out of this relationship like he lied about, the only reason the end of us became dirty is simply because the man couldn’t believe I wldnt stand with him to face his shame…
I would sincerely appreciate if you got your facts right Thanks,” she wrote while sharing audio that confirmed the claim.