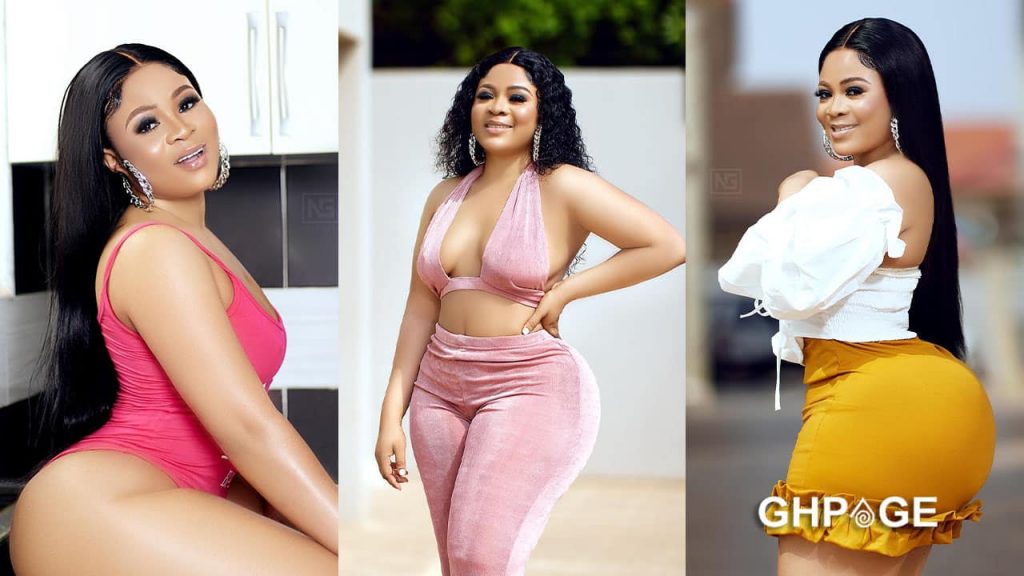 Ghanaian actress, Kisa Gbekle has revealed in a trending video that she’s now broke because the money in her entire saving account is just Ghc2,000.

Speaking in an interview with award-winning Ghanaian blogger and Youtuber Blagogee, Kisa Gbekle also talked about Nana Ama Mcbrown’s liposuction and according to her, her tummy tuck is more painful than what the iconic actress underwent.

Recounting the process that she underwent, Kisa Gbekle disclosed that part of her skin was cut and later patched to give her the figure 8 shape – And the pain she endured during that period was very unbearable until she got fully healed and fit.

She also bragged that Nana Ama Mcbrown isn’t her mate because the procedure she underwent was a child’s play as compared to hers which was excruciating.

Alot of Ghanaians are currently trolling Kisa Gbekle on the internet for wasting her entire savings on an artificial bortos which can’t feed her because it’s a liability.

Recall that last January, Kisa Gbekle explained why she went under the knife for and she explained that she had to find a solution to what she deemed as embarrassing and frustrating to her daily life and surgery was her last resort.

In her own words;