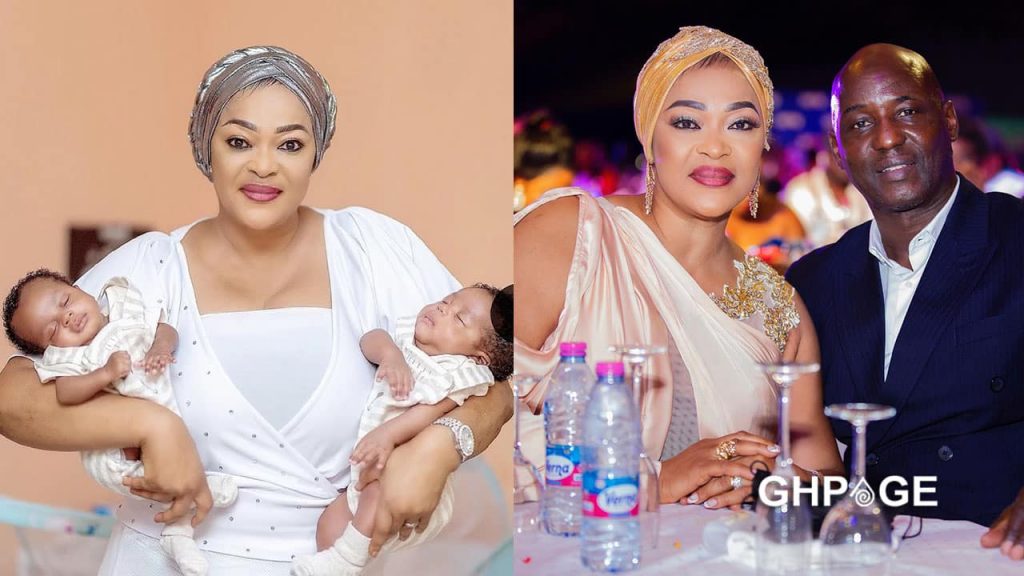 Actress Kalsoume Sinare Baffoe has disclosed that there is no way she would give her blessing to her child to marry a Christian.

The staunch Muslim, who is wife to Ghanaian ex-football international Anthony Baffoe, made the pronouncement in a recent interview with Zionfelix on the set of her upcoming movie titled “Zongo Boys”.

Kalsoume Sinare played the role of a Muslim mother who did not approve of her daughter’s relationship with a man from a Christian background – an antiquated ethnical practice that impedes a harmonious relationship.

Asked why her script focused on a storyline that could incite religious tension, she said her decision was based on her personal understanding of the Islamic doctrine.

Watch the video that has gone rife on social media below.

According to Kalsoume, the decision not to allow her child to marry a Christian is a tough one but not something she would rescind to.

This statement has been greeted with mixed reactions from social media users who have chided her grievously.

Her husband, Anthony Baffoe was born and raised in a Christian home but he converted to Islam prior to their marriage.

Kalsoume was quick to clarify that her husband did not switch religion based on his love for her, and neither was it a condition for him to be married to her.

She said it was a personal choice he made.