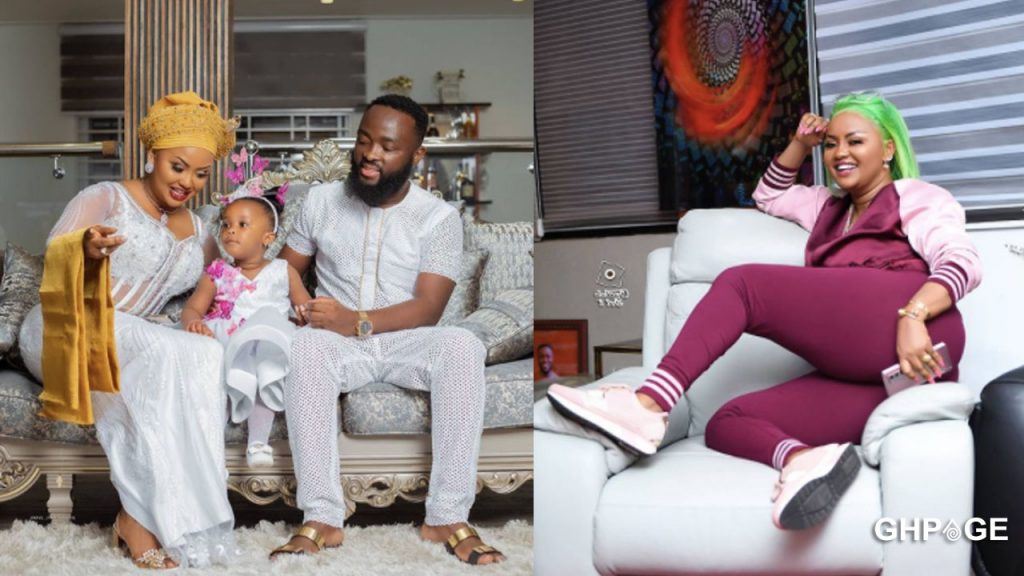 During last week’s edition of Nana Ama Mcbrown revealed what she will do to her husband, Mr Maxwell Mensah when she catches him cheating on her with another woman.

The TV show host and movie icon warned that there will be dire repercussions if she ever sees Maxwell cheating and she wouldn’t spare him and the lady at all when she catches them red-handed.

As strongly warned by Nana Ama Mcbrown, she will not hesitate to sack her husband from their matrimonial home should she find him in an extra-marital affair.

Nana Ama Mcbrown made this revelation after Afia Schwar quizzed her what she would do if she finds her and her husband in bed inside their matrimonial home.

Although, what Nana Ama Mcbrown said was harmless but some social media users are currently roasting her for indirectly telling the whole world that she’s the sole owner of the house she and Maxwell lives in.

Boutrous Andy – She has started on a wrong footing. Now I understand why she can’t keep a man

Hamza Sayibu – You have just announced to the whole world that your husband is staying in your house. This is the reason a lot men don’t want to live in a woman’s house. Every little provocation she will throw you out.

Its Chris AB – It shows clearly that the woman is the Head of his household    . Onewonders if he married the woman or the woman married him

……???.Trust me ….with this posture ,you’ve already lost your husband I dislike woman with

Noverlley Fresh Tomboy – 98% of men in the world derr gyimie sei aaa, they’ll always loose the good thing they have before coming back to their senses but na ay3 late. What at all do you need from a woman that anna ama doesn’t have

Classika Queen – Nana mac brown should just move on she is making him more aware of how cheat better without being caught she should have kept queit.woman wise up!!!

Bayern Saeed – I pray my wife doesn’t behave like this, I don’t know what will happen, Allah knows best. I can’t swallow these things