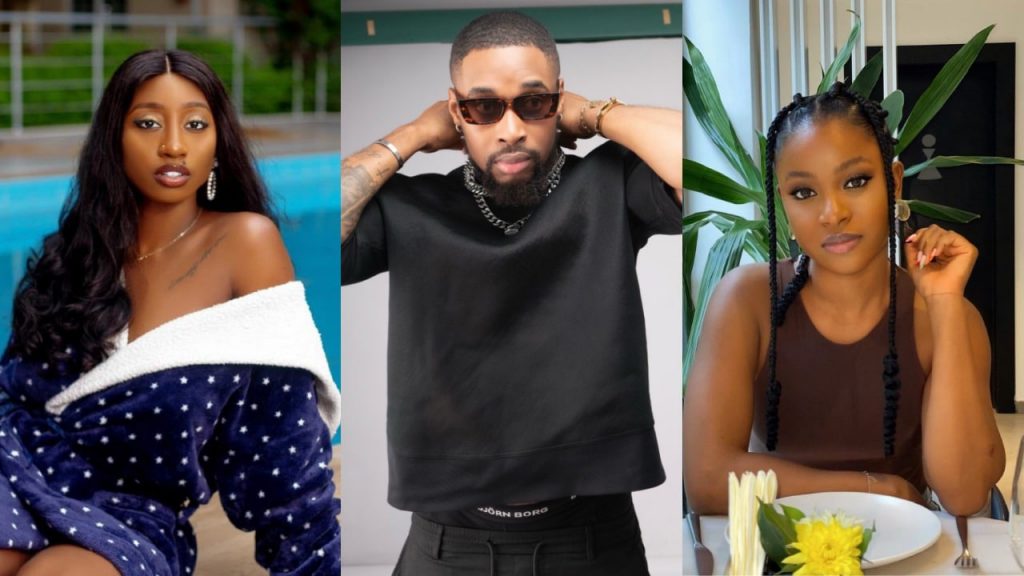 Big Brother Naija ‘Level Up’ housemate, Doyin has poured out her heart to her colleague, Sheggz.

Sheggz has been inseparable from Bella since they entered the Big Brother house almost a week ago.

Doyin and Sheggz had had an intense altercation which had been initiated by Adekunle and ChiChi after Adekunle had inadvertently implied that Benin City was a village.

Sheggz who stated that Adekunle seems to have some sort or personal problems with ChiChi was told to “Shut the f*ck up,” which only stirred arguments.

Doyin later apologized to Sheggz for her attitude and opened up to him about her feelings for him.

Did I hear well?
Doyin: I really really like you,I’ve only stayed away from you because of bella

Doyin: if you didn’t have any relationship, I’ll be in your space every time

Me: bella must not give sheggz space at all Aunty is eyeing our husban oo #BBNajia pic.twitter.com/pnlq8ALRjM