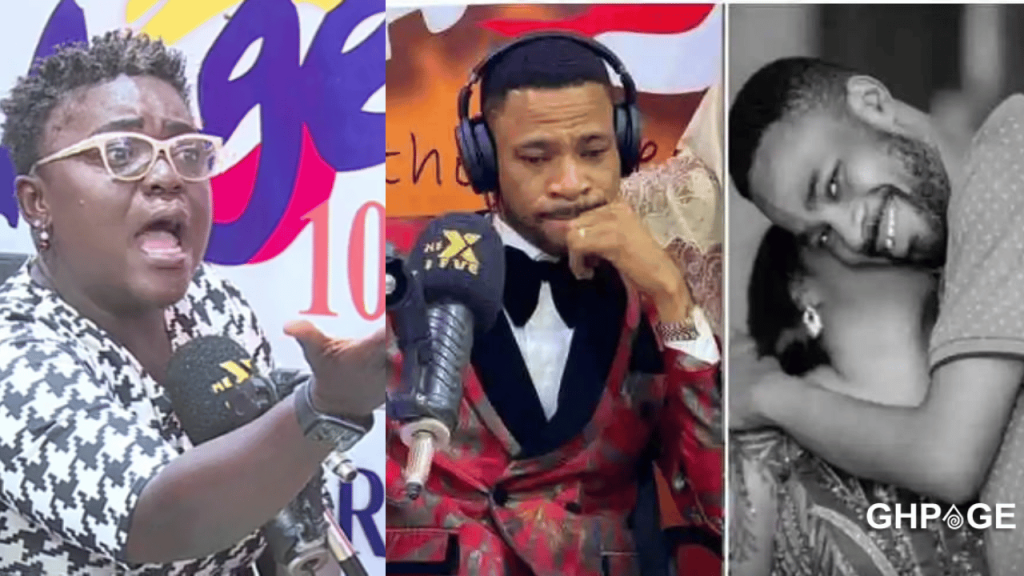 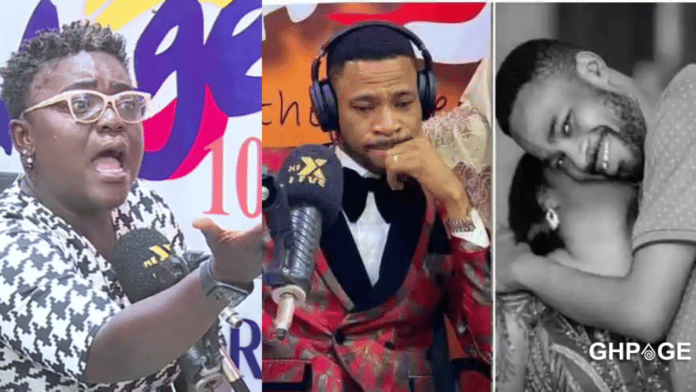 Media personality Nana Yaa Brefo has opened up about some under-shadow deals she had with her colleague journalist Kofi Adomah. in the past

According to the Angel FM radio presenter, she used to procure girls for Kofi Adomah – who’s publicly known as a womanizer – to have sex with and pay them afterwards.

READ ALSO: Kofi Adomah was beaten for cheating on his wife – Maa Linda

Speaking on Facebook live, Nana Yaa Brefo admitted the incident happened years ago when they both worked at Adom FM but she didn’t know Kofi Adoma was married at the time she was supplying girls for prostitution.

“Yes it is true, I admit it. I have done it once or twice. The honest truth is that I never knew he was married and at that time, I was working with him at Adom, and I heard he was married. I never saw him wear a ring and he never spoke to me about any wife or girlfriend. So that is my answer, I wasn’t aware of his marital status,” she noted.

Nana Yaa was speaking on the back of backlash from internet users following defensive remarks she made when Kofi Adomah opened up about his former promiscuous lifestyle on live radio during his birthday, noting he was a serial womanizer.

Nana Yaa Brefo was not spared as a lot of disappointed feminists slammed her for aiding Kofi Adomah to cheat on his first wife, Victoria Exornam Kpodo, which consequently led to their divorce.

Many described her as a hypocrite and evil for supporting Kofi Adomah, with some even asking her to retract and apologise for her comments. But she maintained that she owes no apology to the ex-wife of Kofi Adoma.

“I will not apologise to Kofi Adoma’s ex-wife. I will not. I have not done anything to go and apologise. I don’t know her,” she said.

She argued that she never wrong Kofi Adomah’s first wife in any way so it’s absurd for people to force her to apologize to her.

She continued that even if the whole of Ghana comes for head to apologize to Kofi Adomah’s first wife, she won’t kowtow to the heat and unwillingly apologise to her.

Nana Yaa Brefo also told the people telling her to apologize to Kofi Adomah’s first wife to shut up because they don’t know much about what’s going on.