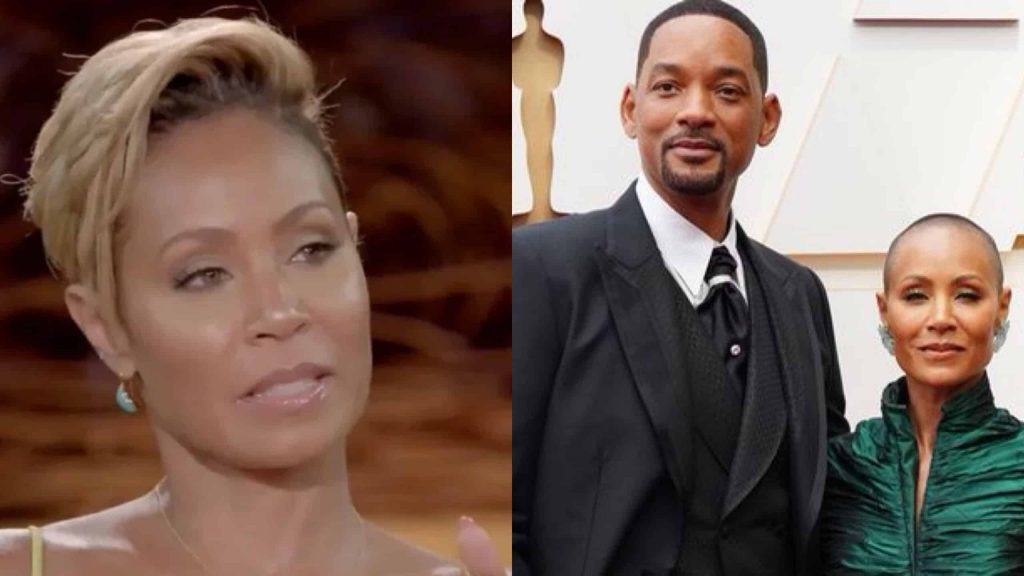 Will Smith’s wife, Jada Pinkett Smith, has stated that she never wanted to marry him.

The Matrix actress talks about her shotgun wedding to the King Richard star in the rediscovered Red Table Talk tape from 2018.

It was revealed just days after Will notoriously smacked Chris Rock on live TV after he made a joke about Jada’s alopecia-related haircut.

He has been barred from attending the Oscars for the next ten years and has resigned from the Academy.

Jada remembers “weeping down the freaking aisle” as she married her 24-year-old husband.

She said, however, that she only went forward with the wedding because she was pregnant with her and Will’s oldest child, Jaden.

I was under a lot of stress. Being a young actress, pregnant at the same time. I wasn’t sure what to do, but I knew I didn’t want to marry.”

“We only got married because Gammy (Jada’s mother Adrienne Banfield-Norris) was sobbing,” Will, who also participated in the video, said.

On New Year’s Day 1997, Jada and Will married at the Cloisters, a medieval-style mansion near Baltimore where Jada grew up.

Guests weren’t even given the location of the wedding; instead, they had to arrive at a hotel and provide their limo driver an envelope with directions.

The bride donned a Badgley Mischka full-length champagne velvet gown with a high collar and long sleeves. In a matching white suit, Will looked very Nineties.

Despite the fact that their big day appeared to go off without a hitch, Jada was three months pregnant at the time, and it was characterised as “awful.”

“The wedding was horrific,” Adrienne, Jada’s mother, stated. It was a shambles. Jada was sick, and she was a pain to be around. She refused to cooperate in any way.”

“I didn’t want to get married, and now Gammy’s gone running to Will, crying about how I don’t want to have a wedding,” she explained at the time. “Now I’m being forced to have a wedding, when really all I wanted was for it to be just the two of us [her and Will] on a mountain, because this is serious business.”