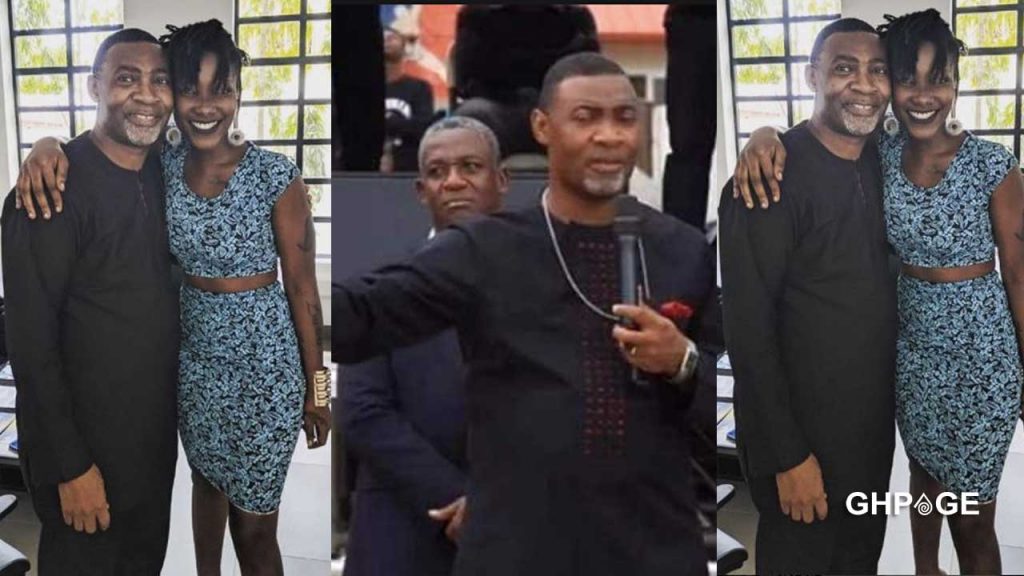 Ebony lost her life together with her friend and a military officer after they got involved in an accident on the way back to Accra after visiting her mother who had just returned from abroad in Sunyani.

Following her death, a lot of stories came out surrounding her sudden death that was expected since she was the hottest musician at that time.

Well, though she is not alive stories about her still makes the news and this time her spiritual father Dr Lawrence Tetteh has shared his encounter with the late musician.

According to the preacher, the late Ebony gave her life to Christ before she kicked the bucket.

He revealed that he led her to seek the face of God on Tuesday only for her to die on Thursday which happens to be only two days after seeking the face of God.

“She got born again on Tuesday. I led her to the Lord. She said the sinner’s prayer. She told me she was going to her mom in Sunyani. Her mother was back from London and when she comes back, she wanted to come to church with my wife Barbara, and me.”

He continued that, “fortunately, my wife was in town, and they all spoke together, she was excited. It was my phone she spoke on because her phone was kept at the entrance. But I could take pictures with my phone inside the embassy.

“So all my pictures with her were what I took with my mobile phone. And that was her last message on Instagram. So you notice that there are three people in the picture, Myself, her, and the Hungarian ambassador,” Dr. Lawrence Tetteh concluded.