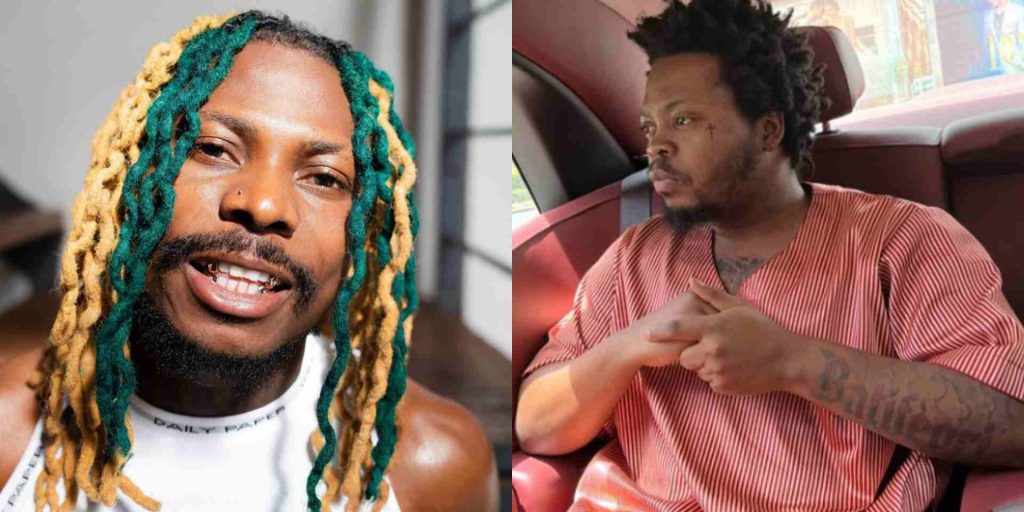 In an interview with Cool FM, the ‘Sungba‘ crooner opened up on having been texting Olamide since 2020 but didn’t get any response from him.

He avowed that he would always slide into Olamide’s DM asking for help while reminding him about how he helped his friends like Fireboy and so on. He revealed that he and Fireboy went to the same school but Fireboy seemingly experienced a breakthrough before him so he often used this against Olamide all in a bid to get his attention but it didn’t work out.

Asake disclosed that his dream came true after he dropped ‘Omo Ope’. He stated that Olamide just gave him a call and demanded that they meet and when he arrived, Baddo simply asked if he would like to join the family.

Filled with excitement, Asake disclosed that he didn’t think twice about the question as he agreed on the spot.

Overly excited Asake avowed that he wasn’t even willing to take the terms of contract home and read through them before signing as he felt it was a waste of time and just wanted to start work immediately.

The singer said that Olamide told him he has been watching him for a long time before the signing took place.

Watch the videos below: