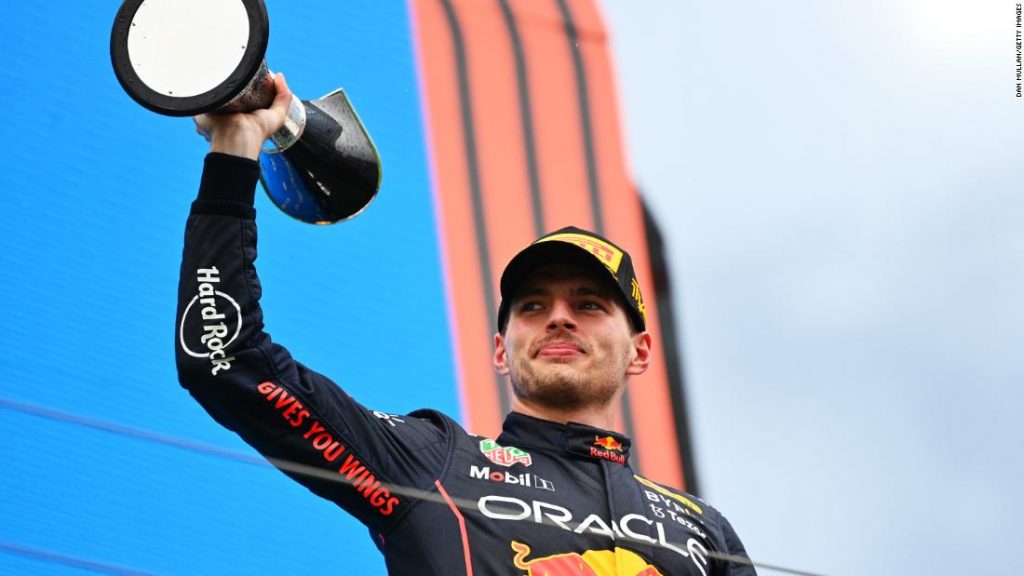 Starting from 10th after a loss of power in qualifying, the Red Bull driver tore through the field at the Hungaroring in Budapest to secure his second straight victory after triumph in France last week.
With both Ferraris starting in the front three, it had looked set to be a day of damage control, but it ended with Verstappen adding another 17 points to his lead over Charles Leclerc in the championship.

Now trailing the runaway leader by 80 points, more strategic mishaps compounded another disastrous day for Leclerc and Ferrari. The Monegasque driver was the only racer inside the top 15 to be pitted three times as he finished sixth, with teammate Carlos Sainz falling from a second-place start to fourth.

A decision to switch Leclerc to hard tires penned the latest blunder onto a growing list of calamitous strategy decisions by Ferrari, just one week on from an embarrassing radio back-and-forth with Sainz.

It meant for the second race running, Ferrari’s misery was contrasted by celebration in the Mercedes garage, as Lewis Hamilton and George Russell finished second and third respectively to secure back-to-back double podium finishes for the team.

‘It was a crazy race’

Despite racing on a narrow track notoriously difficult for overtaking, Verstappen wasted no time in cutting away at his deficit, rising to sixth by lap seven.

Even a 360-degree spin on the 43rd lap couldn’t halt the charging Red Bull driver, who recovered superbly to correct the slide and avert a crisis. Though Leclerc seized upon the slip to jump ahead, Verstappen had taken the place back two laps later and never looked back.

His lead over the pursuing Hamilton at the close was so wide that, as the awaited rain finally fell, Verstappen could ease off the throttle on the final lap to rule out any chance of a dramatic late mistake and seal his eighth victory of the season.

“I was, of course, hoping I would get close to the podium, but it was very tricky conditions out there,” Verstappen said.

“We had a really good strategy, we were really reactive, always pitting at the right time. I think we had some good outlaps, but even with the 360, we still won the race.

“I was battling a lot of guys and it was a lot of fun out there. It was a crazy race but, of course, very happy we won it.”

‘We are clearly closing the gap’

A second-straight double podium continued an excellent run of recent form for Mercedes, with Russell’s failure to convert his first career pole start into a victory only a minor dampener on the day.

Fourth in the driver’s championship, the 24-year-old continues to impress in his debut season with the team.

“Again, an amazing job by the team in pole position yesterday, double podium, we are definitely making progress so really proud of the work everyone has done,” Russell said.

“I’m sure there’s a lot I will look over and I could have done better … we pitted quite early on both stints, so you’re trying to eat the tire out to the end, trying to push as hard as possible at the same time. A bit of a challenging position to be in but nevertheless pleased to come away with a podium.”

A second-straight runner-up finish for Hamilton saw the seven-time world champion close the gap with Ferrari’s Sainz to 10 points in the driver’s championship — and 12 to teammate Russell — ahead of the summer break.

“We’ve had a tough year and for both cars to be on the podium is an amazing way to go into the break,” Hamilton told Sky Sports.

“The other guys have an edge, but we are clearly closing the gap. Hopefully, we can bring some more into the second half of the season and start fighting with them.”