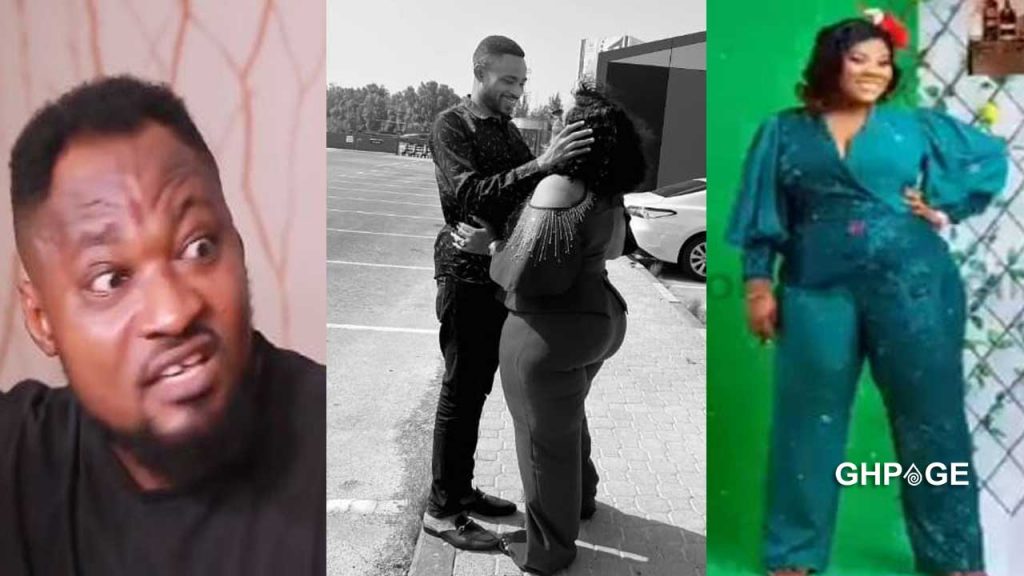 Kofi Adomah has explained how his wife Miracle Adomah assisted comic actor Funny Face in recovering from the depression that almost took him out.

Kofi Adomah chronicled how the wife supported Funny Face as he was struggling with despair.

Kofi Adomah claims that Mrs Miracle Adomah used to prepare meals, make the trip to Funny Face’s house, and see to it that he ate.

The Angel FM Presenter added that Miracle did not only will talk to Funny Face but offer advice, and check on his happiness before departing.

Mr Kofi made this disclosure while speaking about the wonderful nature of his wife on YouTube.

Meanwhile, in the middle of going deep into his marital woes, Kofi Adomah’s wife interrupted the YouTube live and begged him to end the session.

As suggested by the considerate and smart wife, Kofi Adomah shouldn’t give an audience to the attacks on him because people will still believe what they want to believe.

She begged him never to openly discuss their marital issues again for the sake of their innocent children.

Mrs Adomah additionally encouraged her husband to leave matters into God’s hands because only him knows the truth behind the whole brouhaha.