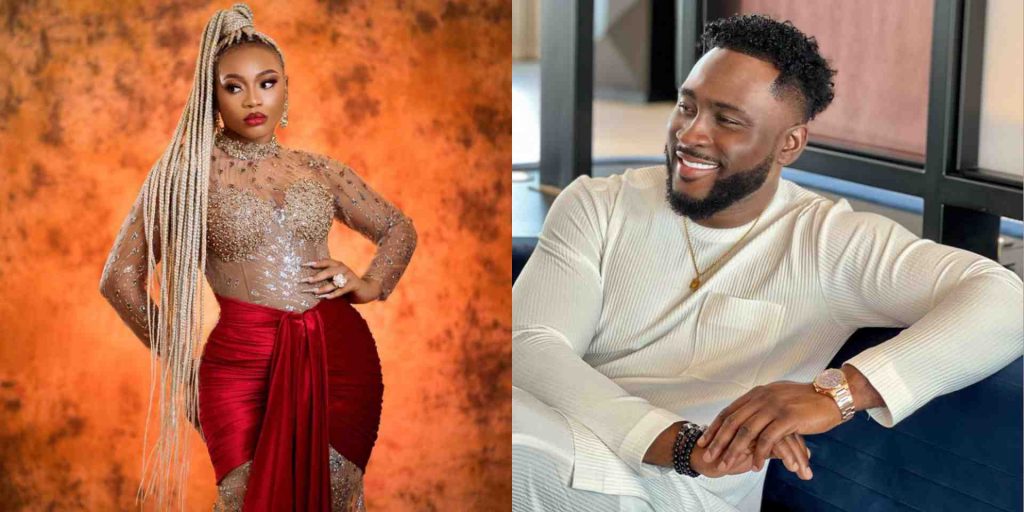 Reality star, Beatrice Nwaji has replied to a query from a fan pertaining to a romantic entanglement with her colleague, Pere Egbi.

Recall that during the ‘Shine Ya Eye’ BBNaija Reunion show, Beatrice opened up on having been attracted to Pere while in Biggie’s house and when Ebuka Obi-Uchendu asked if it was late to go for him, she stated that it wasn’t.

She avowed that if she wants to get Pere, she knows how to do it. Pere replying affirmed that he isn’t so easy to get.

Owing to this, after Beatrice launched a question and answer session on her official Instagram page, an inquisitive fan demanded to know whether she has kicked off her relationship with the actor.

“Are you currently dating with Pere”

In response, Beatrice stated that Pere is a cool guy but they aren’t in any form of amorous relationship.

“He’s a cool guy but we’re not dating, nothing ever happened; not a kiss or whatever after the show.”

Pere on his part had his eyes on Maria Chike before she got evicted from the show.

Refer to Beatrice’s response to the fan below: