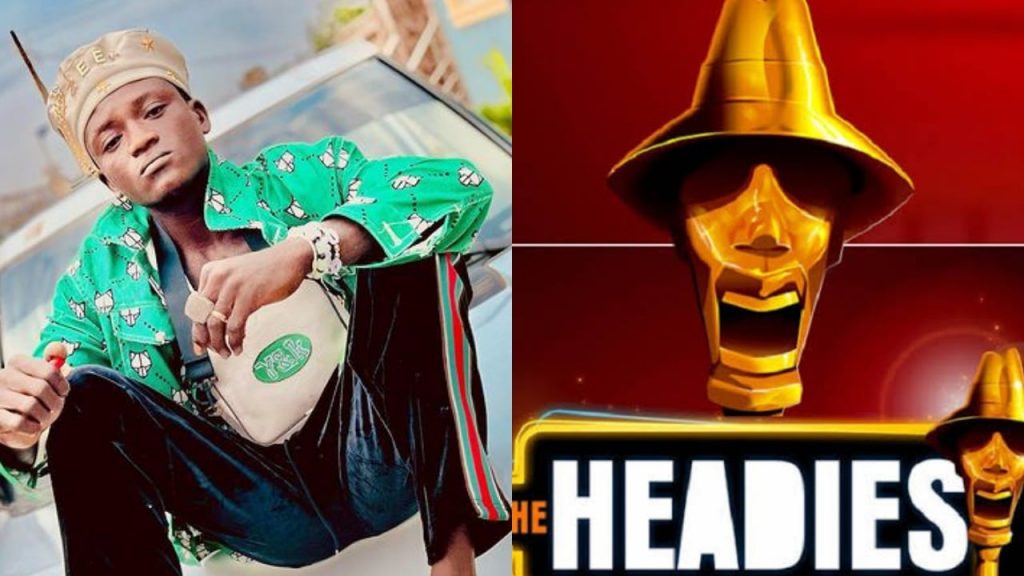 Controversial singer, Habeeb Okikiola better known as Portable has been disqualified by Smooth Productions, the organizers of the well-known music award, Headies Awards.

It is no longer news that the fast rising star is constantly making the headlines and most of the time, for the wrong reasons.

Some days ago, the singer had taken to his social media page to claim affiliation with a notorious group, ‘One Million Boys’.

Following the bad reputations the singer has garnered for himself, he has been disqualified from Headies after being previously nominated over numerous criminal activities.

An excerpt of the public statement reads;

“We regret to announce that following numerous indicting statements made by Mr. Habeeb Okikiola popularly known as “Portable”, and the incessant negative attention that Mr Okikiola has garnered from the Nigeria Police and the general public in recent times, the organisers of the Headies have resolved to disqualify Mr Okikiola as a nominee at the forthcoming 15 Headies Awards. The decision to disqualify Mr. Okikiola is accentuated by series of misdemeanours by Mr Okikiola via his social media platforms. On the 25th of May 2022, he threatened to kill, harm or cause harm to the other nominees in the same categories of awards he was nominated for, if he does not emerge the winner, precisely”