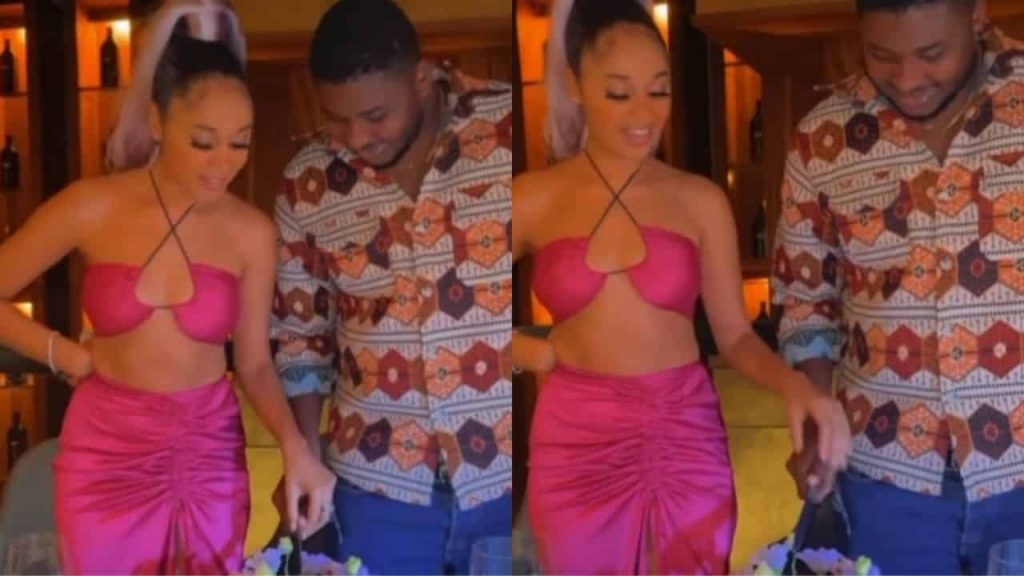 Deborah Vanessa, popularly known as Sister Derby in the Showbiz industry, has revealed how her relationship with her new boyfriend, David, kickstarted.

The beautiful singer and model, who touts herself as an African mermaid, opened up about her newfound love during an interview on Accra FM, detailing how David approached her for the first time.

Speaking in an interview with host Nana Romeo, she said their first encounter was at Garage – a popular hangout spot in East Legon in Accra.

According to her, David himself had admitted that he had to drown himself in alcohol before he mustered the courage to approach her.

“I went to host a party at Garage. It was an Asian themed party I was one of the hosts. And he came to speak to me almost at the end of the night,” Sister Derby said.

“He said he downed two bottles of Hennessy before he came.”

Sister Derby further asked the general public to stop making comparisons between her boyfriend David and her ex, rapper Medikal.

“I have moved on. Medikal is married now and I have also found a new boyfriend, David. I think we should all focus on ourselves and move on,” she said.

“I know Medikal doesn’t like that and I don’t like it either. We have all moved on. I will ask Ghanaians to respect that. I am happy to have David in my life.”

Speaking on the similarities David and Medikal share in looks, she said: “I don’t think they look alike or have anything in common. If you met them in real life, you will identify how different they look. Because they share the same height and complexion, people are quick to make such comparisons but it is not so.”