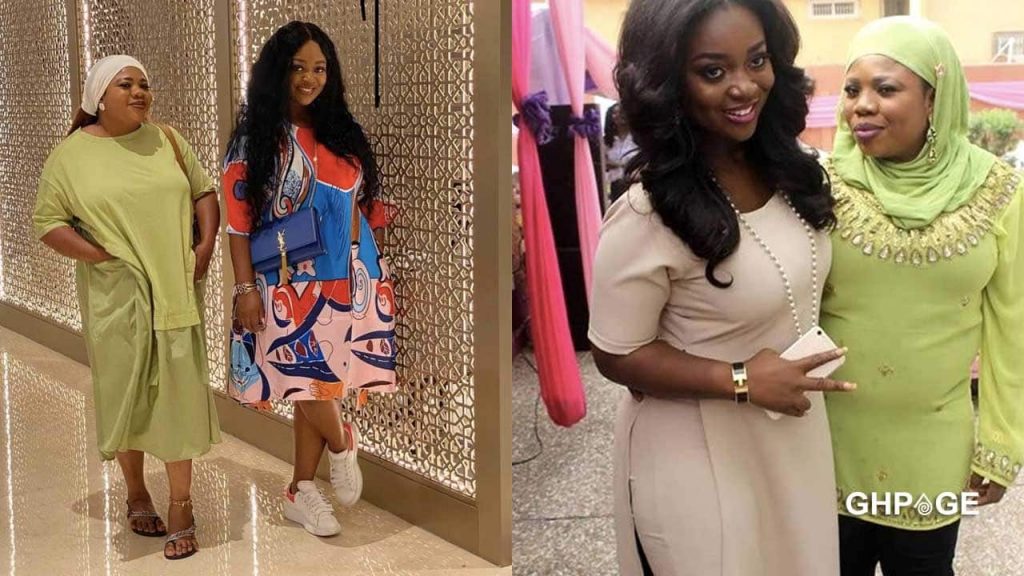 Over the past few weeks, Jackie Appiah has been the topic of discussion in Ghana. This follows the video of her plush and magnificent mansion that went viral on social media.

This generated a whole lot of conversations, especially about Jackie’s source of wealth.

Many wondered whether the actress built the mansion from funds accrued from her acting career over the years.

Others still hold the belief that the actress, per the mansion put up, has unknown people sponsoring her with money after opening her legs for them.

However, a few were happy to see the actress living in such luxury when the interior and exterior videos of the mansion flooded social media.

Amid this saga, people did not realise that Jackie Appiah is a big brand under strict management.

A lot of people have not discovered that behind the actress is a strong figure ‘clocking’ deals for her to equip her lifestyle.

Well, this article is aimed at uncovering the women who have held Jackie Appiah from ‘Hwee to Pee’ thus from the Zero to Hero status she is today.

Samira Yakubu is the manager of Jackie Appiah. She has been managing the screen goddess for years and under her management, the beautiful movie star has acquired and signed juicy deals.

Deals that are worth millions of dollars. Samira also doubles as the costumier for the calm actress. Samira is married (she got married in 2015) and proud mother.

Though Jackie has got the talent, the talent alone cannot make her the rich actress she is today without a proper manager who understands branding to the core. Samira understands what branding is all about.

Herein are some photos of the Lion Heart woman who is solidly managing and bagging deals for Jackie Appiah.