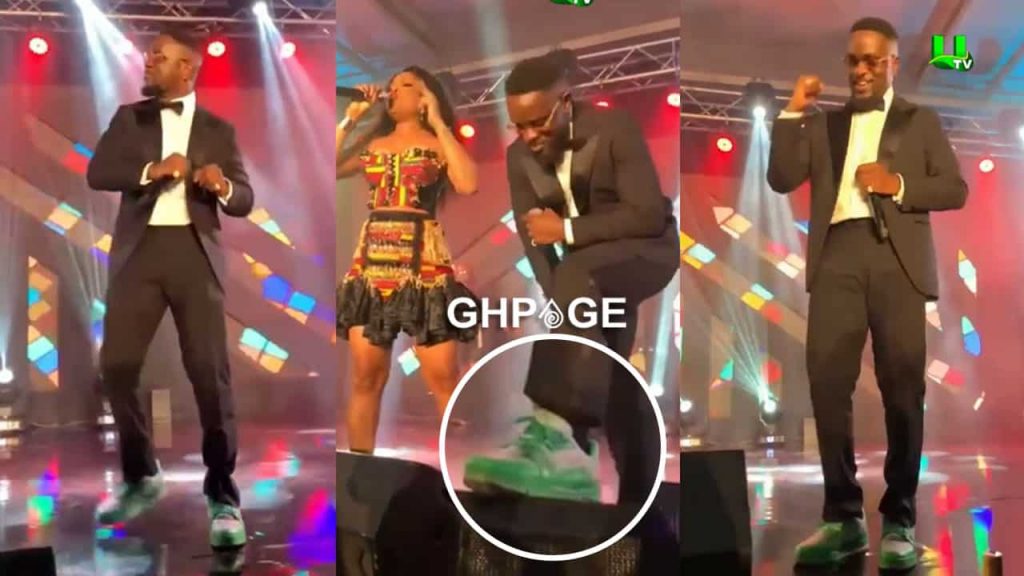 Sarkodie‘s head is on the chopping table once again as his apparent wardrobe mismatch for an event has triggered social media conversation.

On Saturday, the rapper performed with Ghanaian songstress Adina Thembi at her concert dubbed Amplified Concert, which also had many other acts on the bill.

Sarkodie looked very classy and dapper for the concert as he turned up in a slim-fit black tuxedo suit as though he was attending a black tie dress code event.

He decided to match his outfit with a pair of white and green sneakers which have now become the pivot of discussion online over what his critics deem as an awful combination.

Watch the video below

While tuxedos are considered appropriate to be worn with commonly accepted shoes, Sarkodie seems to have broken some fashion rules with his ensemble.

With his sense of fashion now under scrutiny, many have criticised the multi-award-winning musician for what they deem as a wardrobe fail.

Some have also jumped to his defence arguing that he did not break any fashion rule as you can wear a tuxedo with sneakers.

Below are some reactions to the video:

While you probably can wear a tuxedo with sneakers, the golden rule is that you probably shouldn’t. It’s arguably the biggest fashion flaw in existence.