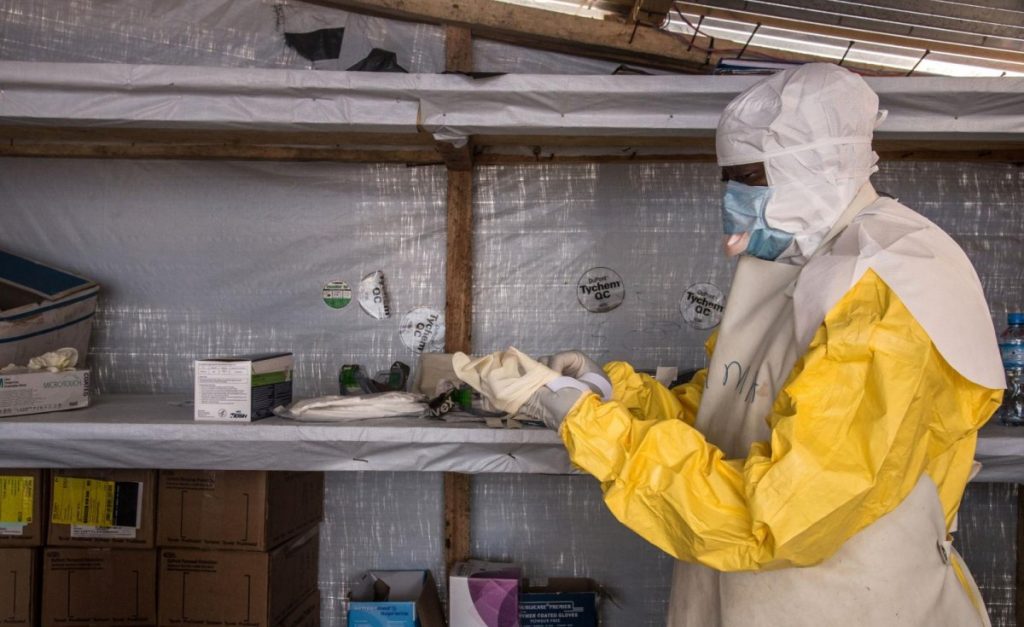 In July 2022 Ghana confirmed its first two cases of the deadly Marburg virus, a highly infectious disease in the same family as the virus that causes Ebola. The Conversation Africa’s Wale Fatade and Usifo Omozokpea asked virologist Oyewale Tomori about its origin and how people can protect themselves against the disease.

What is the Marburg virus and where did it come from?

Marburg virus causes the Marburg Virus Disease (MVD), formerly known as Marburg haemorrhagic fever. The virus, which belongs to the same family as the Ebola virus, causes severe viral haemorrhagic fever in humans with an average case fatality rate of around 50%. It has varied between 24% to 88% in different outbreaks depending on virus strain and case management.

It was first reported in 1967 in a town called Marburg in Germany and in Belgrade, Yugoslavia (now Serbia). There were simultaneous outbreaks in both cities. It came from monkeys imported from Uganda for laboratory studies in Marburg. The laboratory staff got infected as a result of working with materials (blood, tissues and cells) of the monkeys. Of 31 cases associated with these outbreaks, seven people died.

After the initial outbreaks, other cases have been reported in different parts of the world. Most were in Africa – Uganda, the Democratic Republic of Congo, Kenya, South Africa, and more recently in Guinea and Ghana. Serological studies have also revealed evidence of past Marburg virus infection in Nigeria.

While the host, or reservoir, of the virus is not conclusively identified, the virus has been associated with fruit bats. In 2008, two independent cases were reported in travellers who had visited a cave inhabited by Rousettus bat colonies in Uganda.

How is it spread?

There can also be human-to-human transmission via direct contact (through broken skin or mucous membranes) with the blood, secretions, organs or other bodily fluids of infected people, and with surfaces and materials. This includes materials like bedding, and clothing contaminated with these fluids.

But there’s a great deal we don’t know. For example, whether contact with bat droppings in caves can cause infections in people.

What are the symptoms? And how bad can they be?

After an incubation period of between 2 to 21 days, there is a sudden onset of the disease marked by fever, chills, headache, and myalgia.

Around the fifth day after the onset of symptoms, maculopapular rash, most prominent on the trunk (chest, back, stomach), may appear. Nausea, vomiting, chest pain, a sore throat, abdominal pain, and diarrhea may appear. Symptoms become increasingly severe and can include jaundice, inflammation of the pancreas, severe weight loss, delirium, shock, liver failure, massive hemorrhaging, and multi-organ dysfunction.

This tells us it’s quite a severe infection. The two people infected in Ghana both died.

Can it be treated?

Not really, but early supportive care with rehydration, and symptomatic treatment, improves survival.

What can people do to protect themselves?

Avoid exposure to the virus as much as possible, and protect against discharges from infected people.

Also, because of the similarities in the symptoms of many hemorrhagic fever diseases, especially during the early stages, there is a need for reliable laboratory confirmation of a case of Marburg virus infection. And once that is done – as with Ebola – the person must immediately be isolated and avoid contact with other people.

What should be done to ensure the virus doesn’t spread?

There is no holiday from disease outbreaks. That means as a country, surveillance cannot take a break or a holiday.

Given that there have been cases in Ghana, it’s time to be on the alert. Proper screening is called for. Arrivals from Ghana and other West African countries must be checked at the ports of entry.

Unfortunately, it doesn’t appear as if anybody is thinking of that now. The attitude seems to be: oh, there are only two cases in Ghana.

But I think it’s the best time to be on the alert at the ports of entry, especially for people from countries where cases are reported. Studies done in Nigeria in the the 1980s and more recently in the 1990s provide evidence of possible previous infections with Marburg virus – or a related virus – in certain Nigerian populations. This leads me to believe that the virus is probably more widespread than we think it is. We need an improvement in diagnosis which can help us do the detection as quickly, and as efficiently as possible.

On top of this, countries need to improve their disease surveillance and laboratory diagnosis to enhance and improve the capacity for a more definitive diagnosis of viral hemorrhagic fever infections.