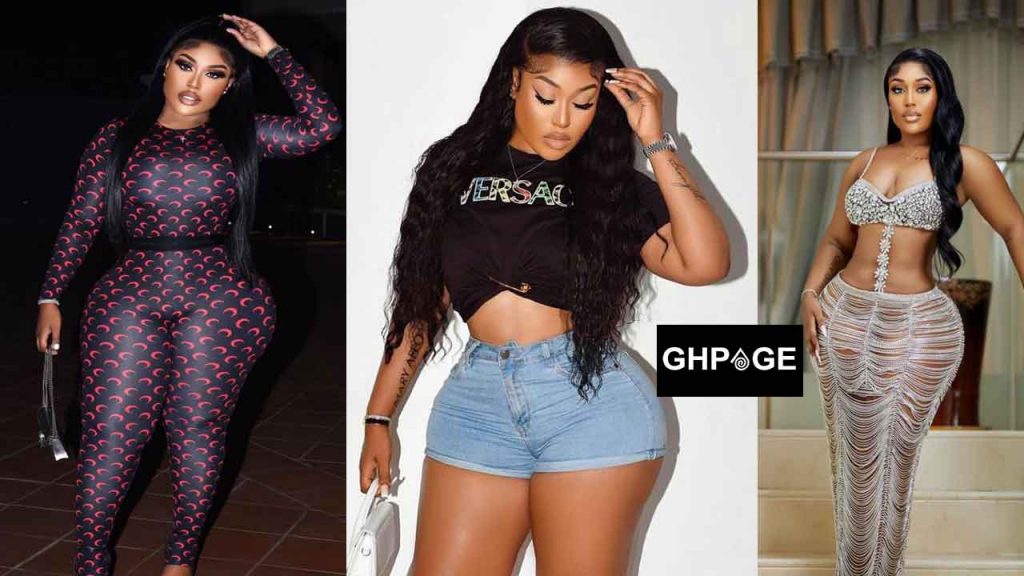 Ghanaian female musician Francine Koffie popularly known as Fantana has finally reacted to claims that she has enhanced her body.

In an interview with Zionfelix, the ‘So What’ hitmaker confirmed rumours that she has gone under the knife to enhance her body.

According to the former RuffTown Records signee, she enhanced her body to feel more confident and be able to wear whatever she wants.

She added that even though she had a near-perfect body shape, she enhanced her body to align with her craft as a musician.

“I have made myself to look like what I feel comfortable in what I want to look like. If you don’t like something about yourself and you have the money to change it, you should just change it. I did what makes me happy.

My body was already nice but I just fixed it. There’s nothing wrong with it. Some people do it and say they have not done it which is misleading people because they act like they wear waist trainers or they hit the gym which is not the truth. A lot of young guys follow me and I wouldn’t lie or mislead them.

In my case as a musician, people are always looking at me so I rather just fix anything that I can fix. I just enhanced it to make me more curvier. I did it for myself, just to be able to feel more confident. Since I enhanced my body it has attracted men 10 times more “, Fantana revealed.

The musician and entrepreneur added that she has attracted more men after she underwent the surgery to enhance her body.

Few months ago, Fantana was called out for undergoing a Brazilian Butt Lift (BBL) after she shared bikini pictures of herself.