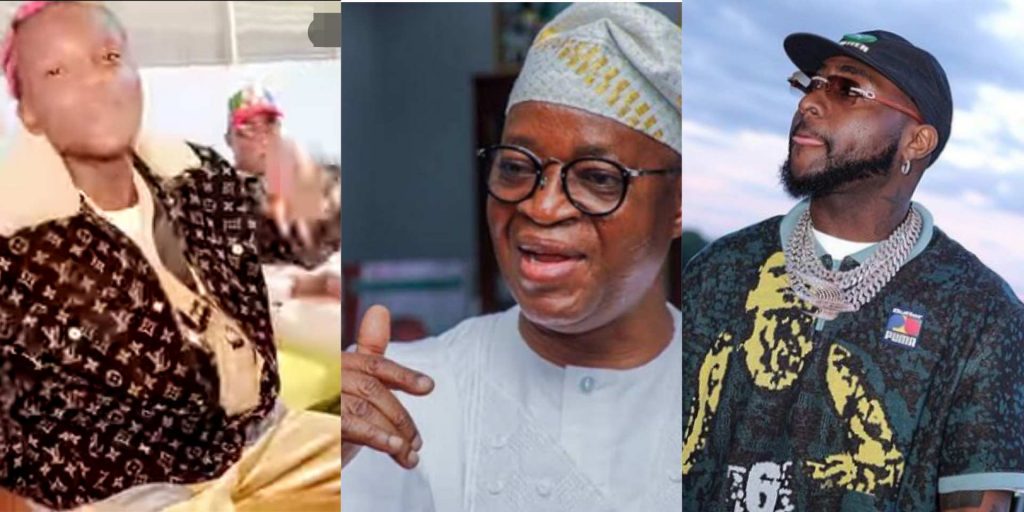 Fast-rising singer, Portable has come under fire from Nigerians after he visited Governor Gboyega Oyetola of Osun State in Oshogbo just to campaign for him ahead of the July 16 governorship elections in the state.

Reacting to a video depicting Portable’s visit to Governor Oyetola, many expressed disappointment at the Zazuu crooner’s action as they opined that his senior colleague, Davido won’t be pleased.

“Portable really has to think about the consequences of some actions, he is burning bridges,” a fan wrote.

Another fan, @JuliusRo called the attention of Davido, tagging him to the video.

As reactions trail, @JohnFad wrote: “It’s time for Davido to see this.”

@LaraFed wrote: “Portable should be advised. Why do this and destroy bridges.”