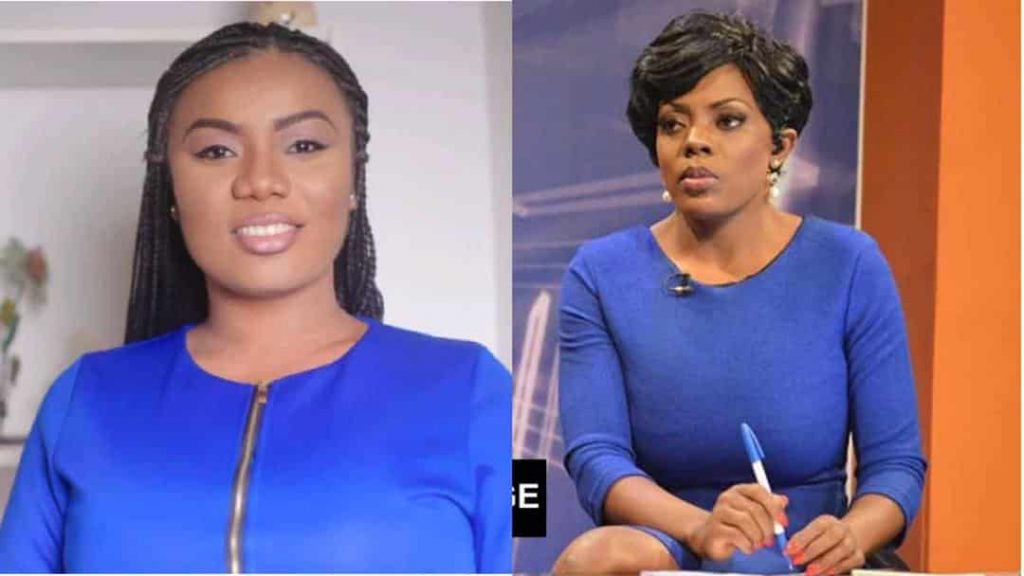 Bridget Otoo has been on the neck of Nana Aba Anamoah ever since it got known through a tweet by NYDJ Live that EIB hasn’t paid its staff for nine months now.

Earlier yesterday, Bridget Otoo dropped a series of tweets on the microblogging platform to call out Nana Aba Anamoah for refusing to fight for her colleagues menahile she she suffered the same fate some years ago, she (Bridget Otoo) stood her grounds so that the right thing could be done.

In one of her tweets, she tasked Nana Aba to do the needful in her position to ensure that the disgruntled staff are paid.

She entreated the eloquent Nana Aba to lead the way by refraining from sacking staff of the EIB Network who partook in the Arise Demo to vent their frustration over unpaid salaries.

Just this morning also, she has dropped a cryptic message on Twitter that suggests that Nana Aba Anamoah has been a fake friend all this while.

Reacting to a tweet from Manasseh Azure which is a caution to other media perosnnale fighting for the helpless EIB staff, she tweeted;

This is true, you can lose fake friends in the process. The irony about a lot of media personalities is they are cowards deep down and would throw you under the bus! They demand of the politician the very thing they can’t even demand of their colleagues or management.

Meanwhile, management has directed all aggrieved workers who participated in the demonstration to stay off air until further notice.