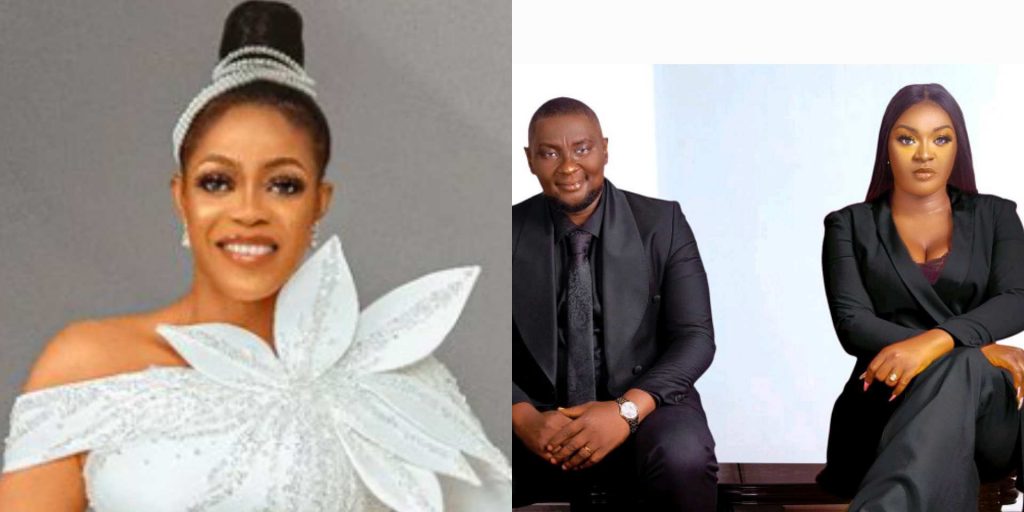 Nollywood actress, Eve Esin has reacted to the controversial reports involving her, Chacha Eke and the latter’s ex-husband, Austin Faani.

The reports, rolled out by a faceless blogger, Gistlovers, had claimed that Chacha Eke snatched Austin Faani from Eve Esin, and later got married to him despite knowing he’s gay.

Although the marriage crashed recently, Gistlovers submitted that Chacha did this in a bid to rise to the top owing to the ill-treatment she received from Eve Esin.

However, as expected, Eve Esin subtly responded to the reports in reaction, making a jest out of it.