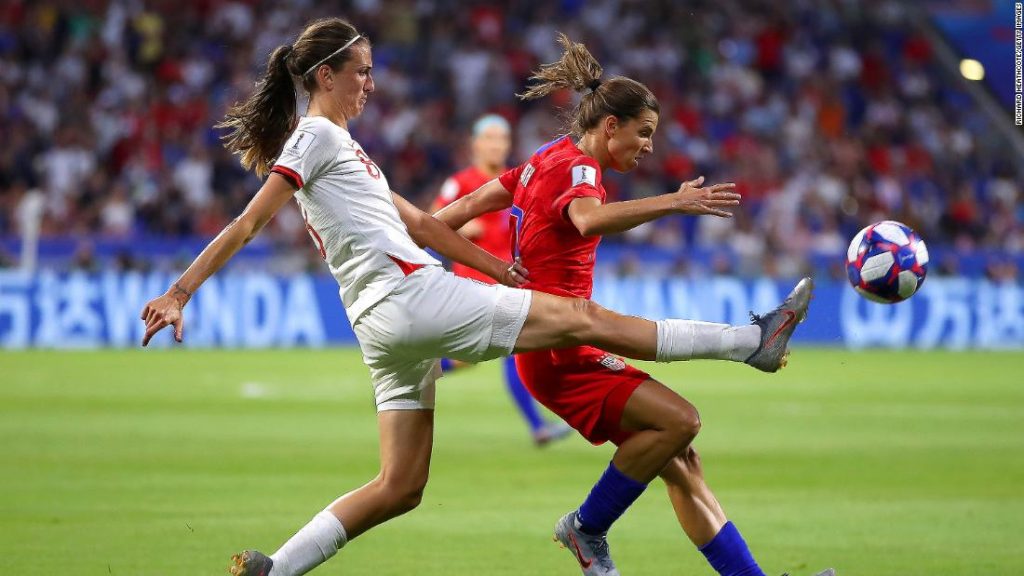 England is still celebrating a thrilling 2-1 extra-time victory over Germany at Wembley on Sunday in front of a European Championship record crowd of 87,192, but they still have work to do in World Cup qualifying, as group play comes to an end next month.

The Lionesses have two matches in September to secure a finals bid: September 3 at world No. 21 Austria or three days later at home vs. No. 113 Luxembourg.

A tie or win at Austria would put them through as would a win at home against Luxembourg. But if Austria passes England on points then the match against the US would be rescheduled as the Lionesses would be forced into a two-match playoff to make the World Cup.

The two-time defending champion United States has qualified for the World Cup in Australia and New Zealand through its performance at the Concacaf W Championship in Mexico last month.

“To get a chance to play the European champions in London at Wembley is an opportunity that doesn’t come around very often, so we’re all thankful that the match could be arranged, and we’ll be hoping that England finish their qualifying campaign in September,” US Women’s National Team head coach Vlatko Andonovski said in a statement. “This is exactly the kind of match we need at exactly the right time in our World Cup preparations so we can test ourselves against a very talented England team. I saw England play live at the Euros, and I’m looking forward to an amazing atmosphere at Wembley and another big event for women’s soccer on October 7.”

England head coach Sarina Wiegman said the match against the US is a very exciting opportunity.

“It would be the perfect game for our squad to meet another strong team after so many tough games in the EUROs,” she said. “It is good we enjoy the moment we are in after this wonderful summer, but we know we still have to work to do to take the next step forward.”

The two teams met in the semifinals of the 2019 World Cup in France with the US winning 2-1 as one of the US goal scorers, Alex Morgan, celebrated her strike with a tea-sipping mime. The US then downed the Netherlands 2-0 in the final for their fourth World Cup title overall.

The Americans also defeated England in the 2020 SheBelieves Cup, their 12th win in 18 matches against England.

England’s win Sunday over Germany was its first major title for the women’s team and first for the nation since the men’s squad won the 1966 World Cup.

The women’s win brought congratulations from Queen Elizabeth II, who lauded the team for inspiring the next generation.

“The Championships and your performance in them have rightly won praise,” she said. “However, your success goes far beyond the trophy you have so deservedly earned.

“You have all set an example that will be an inspiration for girls and women today, and for future generations. It is my hope that you will be as proud of the impact you have had on your sport as you are of the result today.”