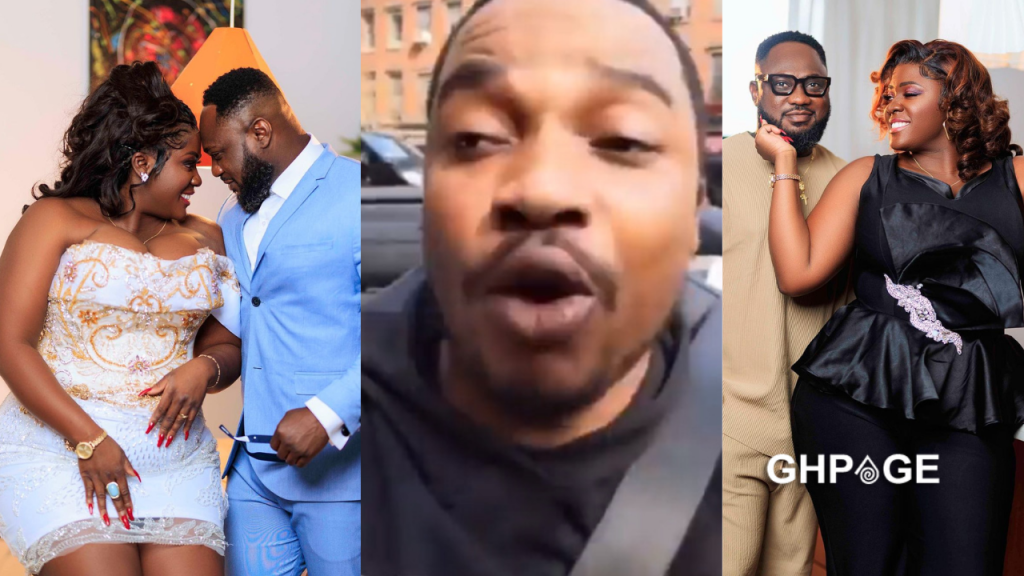 Earlier yesterday, the families of both Tracey Boakye and her husband officially met to publicly throw their weight behind the union of the newlyweds in town.

The colourful event which was strictly by invitation came off at an undisclosed location in Kumasi and saw a lineup of family relatives and celebrity friends in glorious attendance.

It is at the back of this good development that has triggered loudmouth Twene Jonas to share his two cents about the whole love story brewed in Germany and later exported to Ghana.

READ ALSO: Moment dollars were showered on Tracey Boakye ahead of her wedding [Video]

As “advised” by Twene Jonas in this latest trending video, Tracey Boakye should never go back to “Papa No” her mystery sugar daddy because she’s now a wife.

The political activist also took several deep swipes at Mr Frank Ntiamoah by subtly describing him as a broke guy.

Twene Jonas ended his rant by sharing the opinion that just like how Afia sponsored her wedding and financially took charge of the marriage thereafter, the same template is being replicated by Tracey.

The moment we’ve all been waiting for is finally here! – Actress Tracey Boakye has tied the knot with her longtime boyfriend Frank Badu Ntiamoah.

The mother-of-two sent social media into a frenzy after rumours about her wedding slated for Thursday, July 28 initially started making the rounds.

The reports were met with mixed reactions from fans and followers of the actress as many thought she was only messing with their heads. But we have all been proven wrong.

Tracey and Frank are officially the new couple in town as their traditional marriage and white wedding ceremony have taken place as planned. READ MORE HERE