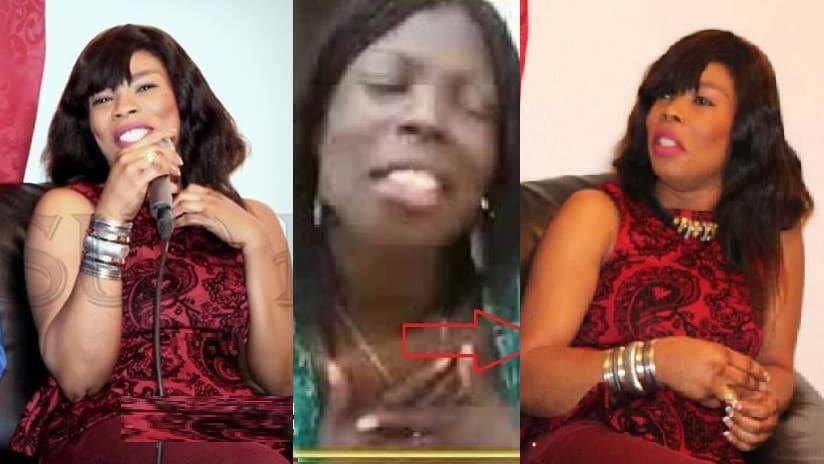 According to gospel musician Piesie Esther, Ama Boahemaa‘s recently discovered fair complexion should not be attributed to bleaching, because the light skin colour was in her blood.

Due to her very dark skin tone before she broke into the profession, Ama Boahemaa, a German-based Ghanaian gospel performer, was concerned about her sudden pale complexion.

Despite the fact that she has always justified herself by claiming that drinking too much milk lightened her skin. Ghanaians have no faith in her.

Piesie Esther defended her fellow singer in an interview with Onua TV’s Mona Gucci, saying, “Perhaps the fair complexion was in her blood.” Her true complexion was shrouded in poverty.

“She was using a soap that didn’t suit her skin tone. She now uses decent soap and enjoys pleasant weather. As a result, she has a fair complexion.”

“Ama Boahemaa has never bleached her hair.” She now bathes with high-quality soap. Her newfound colour isn’t due to an overabundance of milk consumption. “The fair colour was in her, so when her breakthrough came, it came with the complexion,” she explained.