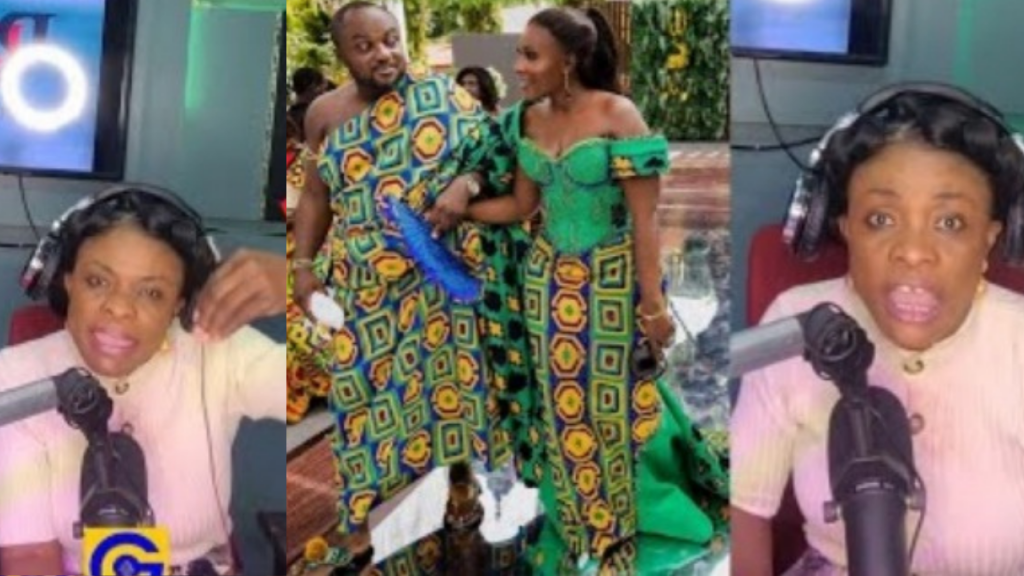 Following the viral reports that went rife on the internet two days ago about the alleged divorce between Anita Sefa Boakye and Barima Osei Mensah – Evangelist Diana Asamoah stormed the internet to expose some shocking revelations.

According to Evangelist Diana Asamoah, she stayed with Anita’s mother for 10 solid years and she knows the family very well so she knows more than most Ghanaians on the internet concerning what is going on between A.nita and Barima Osei.

As firmly stated by Diana Asamoah, Anita Sefa Boakye and Barima Osei are still married and have not divorced as purported by some unscrupulous and vile people on the internet.

Diana Asamoah additionally added that she’s aware some evil people are behind the trending fake stories but she won’t sit idle for them to taint the reputation of the happily married couples.

The gospel diva bragged in her video that she’s the only one Anita listens to therefore she would have been the first person to know if the marriage had hit the rocks and turned sour in the process.

It was alleged in the media a few days ago that the marriage between Anita Sefa Boakye and the CEO of Adinkra Pie, Barima Osei Mensah has hit the rocks barely a year after their lavish wedding.

According to sources, Anita has reportedly returned the drinks to Barima’s family members signalling the end of the marriage.

This unfortunate news was shared by Instagram blogger Tutugyagu who claimed she received the information from a source close to the couple.

Even though the reason for Anita’s action was not revealed, it was reported that they have been fighting since they tied the knot. READ MORE HERE