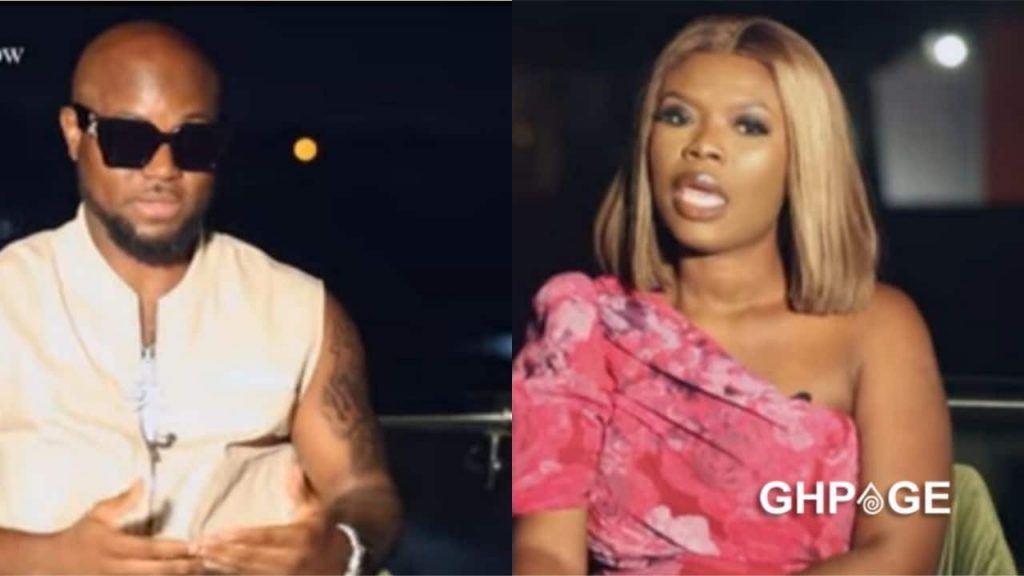 Controversial award-winning Ghanaian TV show host Delay, mercilessly drilled King Promise on his appearance on her Delay show program which has landed the musician inside a troll pit on the internet.

King Promise who thought he was bragging about his lavish lifestyle was mocked for not thinking smart and his securing his future as a young artiste in his prime at the moment.

READ ALSO: It wouldn’t be a surprise to me if Kuami Eugene marries his housemaid – Delay

In the course of the interview, Delay asked King Promise to clear the air whether his Bottega shoes truly cost $1700 as claimed by internet users.

King Promise proudly replied in the affirmative YES and proceeded to brag that his wristwatch alone costs $30,000 and a $10,000 necklace.

The “Abena” hitmaker was full of himself until Delay asked him if he has intentions of building a house in the future because he currently lives in a rented apartment.

King Promise who was struck to the consciousness that he’s messing around at his youthful age started fidgeting but later proceeded to assert that he’s building a house.

Meanwhile, some social media users claim he’s lying and not building any house as he told Delay.

Alot of critics have advised the talented male vocalist to cut the unnecessary spending before it’s late and he hops on the internet to beg for money in his old age.