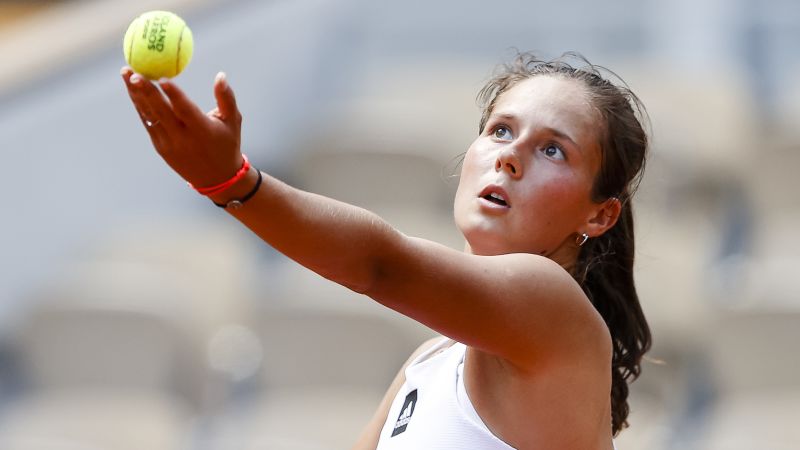 Russia’s highest ranked female tennis player came out as gay in an interview, while addressing rising homophobic attitudes in the country.

Daria Kasatkina, currently ranked No. 12 in the world, told a Russian blogger that she is in a relationship with a woman, figure skater Natalia Zabiiako. Kasatkina posted photos of the two together on social media following the interview.

Kasatkina spoke out against the situation in Russia, saying that she will never be able to hold hands with her girlfriend in her home country, where she is not currently based.

“This notion of someone wanting to be gay or becoming one is ridiculous. I think there is nothing easier in this world than being straight,” she said. “Seriously, if there is a choice, no one would choose being gay. Why make your life harder, especially in Russia? What’s the point?”

Though same-sex relationships were decriminalized in Russia in 1993, the tides have shifted in recent years. In 2013, the country passed a “gay propaganda” law, which has been used to target the LGTBQ community, according to The Council for Global Equality.

The ILGA-Europe, an organization working for LGBTQ rights in Europe, ranks Russia as one of the worst countries in Europe for LGBTQ people, above only Azerbaijan and Turkey.

“Living in the closet is impossible. It is too hard, it is pointless,” Kasatkina said. “Living in peace with yourself is the only thing that matters.”

More athletes around the world are choosing to come out publicly. Last year’s Tokyo Olympics featured more out LGBTQ athletes – at least 186 – than any previous games.

But even with increased visibility, many LGBTQ people around the world continue to face persecution. In the US, state lawmakers have introduced at least 162 bills targeting LGBTQ Americans in the first half of 2022 – a record year for such legislation.