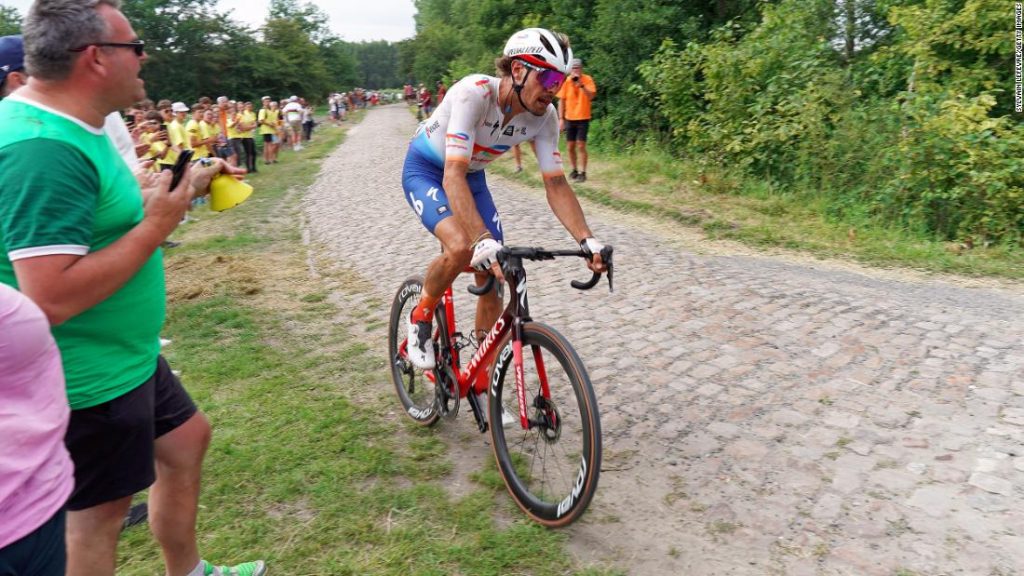 The Team TotalEnergies rider crashed into fans at high speed while they were lined up along a cobbled street during Stage 5 between Lille and Arenberg.

Footage shows Oss getting knocked off balance after clipping one fan before colliding with another who is leaning out to film the race on a phone.

“Complementary examinations have revealed a fracture of a cervical vertebra requiring immobilization for a few weeks,” a team statement read.

“Daniel Oss is therefore forced to leave the Tour de France… The whole team wishes you a good recovery Daniel.”

Multiple crashes occurred, although not all serious, during Wednesday’s Stage 5 as riders raced on cobblestones.

The Italian rider was somehow able to finish the stage despite the crash, which also involved two other riders who were brought down behind him.

During last year’s race, a fan caused a major crash after stepping in front of the racing pack holding a cardboard sign, appearing to display a message for the television cameras. The woman in question was subsequently identified and arrested by authorities.