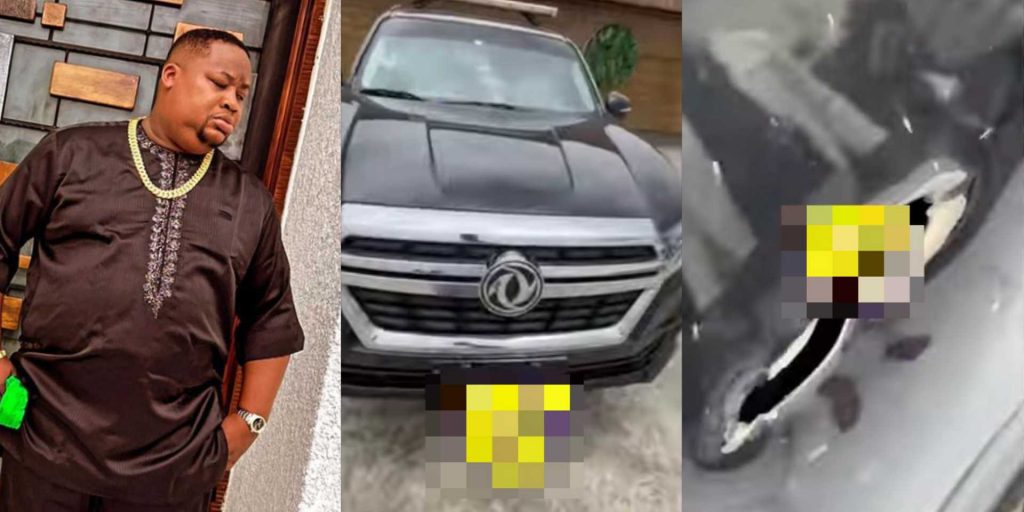 Celebrity bar man and socialite, Cubana Chief Priest has confirmed the reports of an attack on his convoy by unknown gunmen.

In a swift reaction to the deadly attack, the socialite faulted several reports that claimed the incident happened in Imo state.

It was gathered that he nearly escaped death following the incident that saw his attackers riddle his convoy with bullets.

Although he hasn’t disclosed the time and location he was attacked, Cubana Chief Priest specifically called out a blogger, Instablog9ja, for inaccurately reporting the incident.

Taking to his Instastory on Sunday morning, he wrote: “Rubbish information from @instabloggja shit never happened in imo, stop misleading the society with unverified information.”

Meanwhile, a video from the incident shows the socialite’s embattled convoy riddled with bullets.