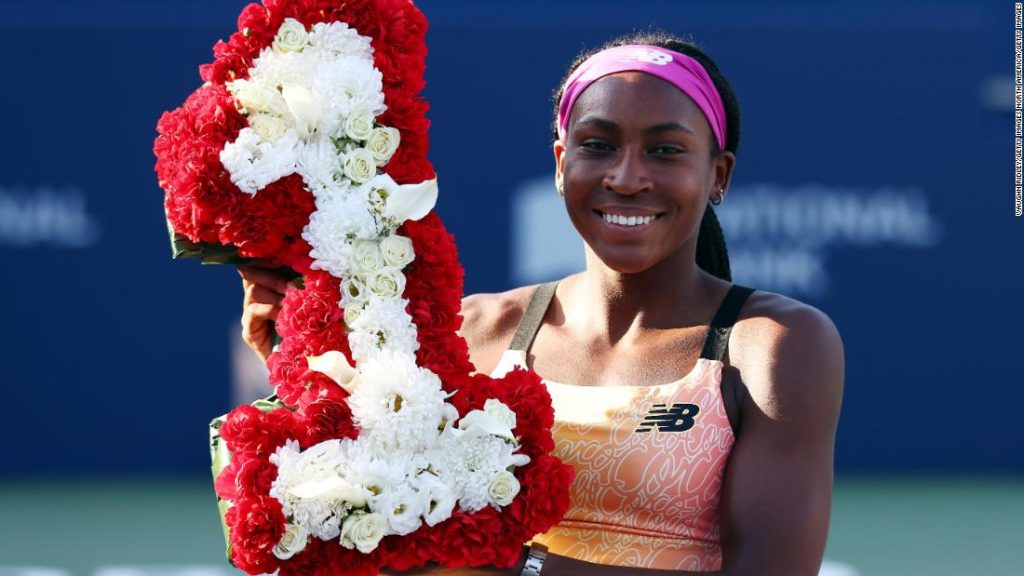 At 18 years and 154 days old, Gauff is the second-youngest player in WTA history to reach the top of the doubles rankings after Switzerland’s Martina Hingis, who was 17 years and 251 days old.

“Being No. 1 is pretty cool,” Gauff told reporters after claiming her second doubles title with Pegula and fifth overall.

“I have no words. I didn’t really know it was coming this week and what I had to do, but (Pegula) told me yesterday. It didn’t make me more nervous though. I think if it was singles, I would have been more nervous.”

Gauff and Pegula, who are also the top-ranked American singles players, fell 3-0 behind in the first set of Sunday’s final in Toronto, but won six of the next seven games to take an early lead.

They had six championship points in the second set, but Melichar-Martinez and Perez held on to force a deciding tie-break. The match seemed evenly poised at 6-5, before Gauff and Pegula pulled away to clinch the title.

While most players tend to focus on either singles or doubles throughout their careers, Gauff has competed across both disciplines and reached the singles and doubles finals at this year’s French Open.

“As a kid, I’m going to be honest with you, I didn’t even know there were separate rankings for singles and doubles,” she said. “But when I got on tour and when I realized I could do well in doubles … I wanted to. I mean, who wouldn’t want to be No. 1 in anything?”