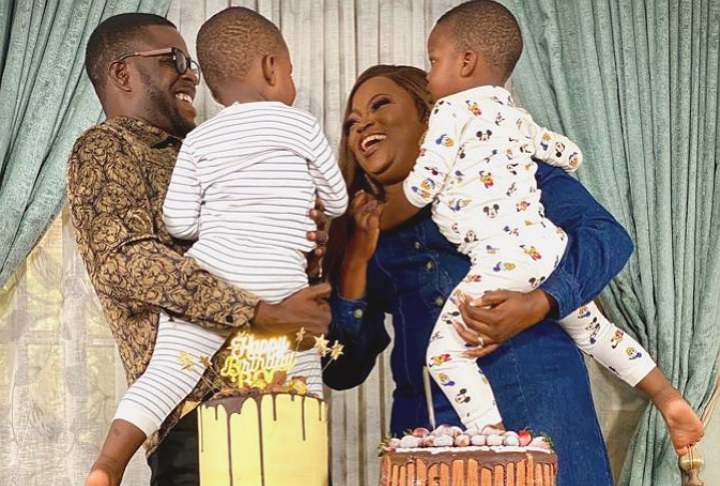 A Twitter user identified as President Eniola Daniels has disclosed the stance of actress, Funke Akindele’s bosom friends as regards her marriage.

Recall that lately, blogger, Cutie__juls alleged that the actress’s marriage to JJC Skillz was seemingly headed for the rocks owing to her bossy nature.

It was also said that Funke Akindele has threatened to evict JJC from her house.

Amid these rumours, this netizen who claims to have heard from Funke Akindele’s friends revealed that they’re of the view that her marriage is still solid.

According to them, misunderstanding among couples is normal but notwithstanding, Funke and JJC are made for each other from heaven.

“Close pals of Funke Akindele and her husband, JJC Skillz have said aunty Funke’s marriage is solid. They said it’s normal for couples to have misunderstandings, but these ones are made for each other from heaven. More blessing for Omo Ghetto”.