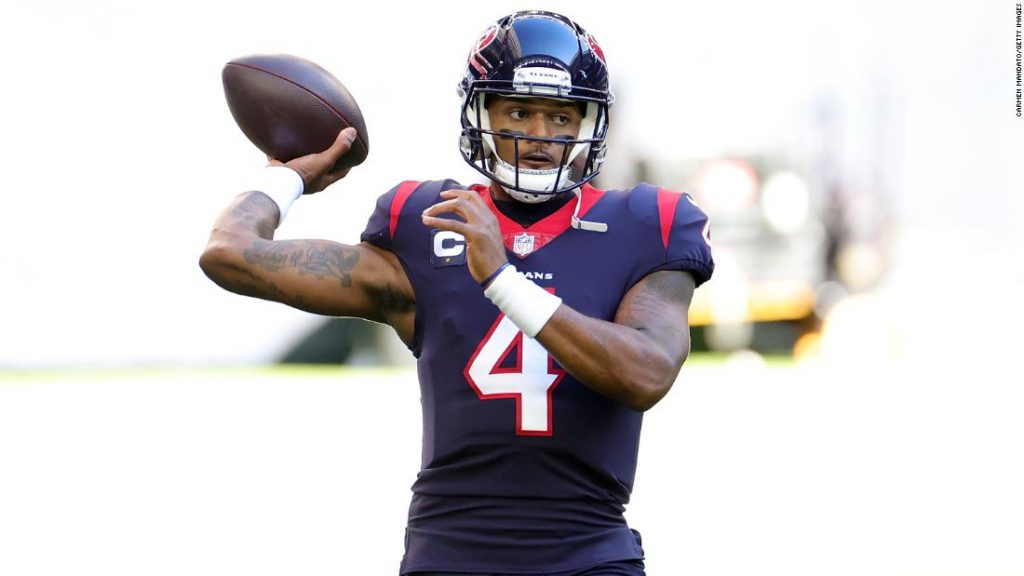 The trade of 26-year-old Watson from the Houston Texans was confirmed on Sunday. The quarterback heads to Cleveland along with a fifth round draft pick, while the Texans receive three first round picks, a third round pick and a fourth round pick.

According to NFL.com, Watson told the Texans he is willing to waive his no-trade clause for the move and will reportedly receive a five-year, fully guaranteed $230 million contract from the Browns. It would be the highest guaranteed money given to an NFL player, according to ESPN.

The NFL is also investigating the accusations and if Watson is found to have violated league rules, he likely would be suspended.

News of Watson’s trade and signing led to a swell of backlash from fans, primarily on social media, directed at the Browns hierarchy, with some saying it marks the end of their fandom with the team.

However, in the statement announcing the details of Watson’s trade, Browns owners Dee and Jimmy Haslam said the team had done a “comprehensive evaluation” before signing off on it, with the general manager saying they had completed “extensive investigative, legal and reference work.”

“We are acutely aware and empathetic to the highly personal sentiments expressed about this decision,” Dee and Jimmy Haslam said.

“Our team’s comprehensive evaluation process was of utmost importance due to the sensitive nature of his situation and the complex factors involved. We also understand there are still some legal proceedings that are ongoing and we will respect due process.

“It was pivotal that we, along with Andrew Berry and (head coach) Kevin Stefanski, meet with Deshaun to have a straightforward dialogue, discuss our priorities, and hear directly from him on how he wants to approach his career on and off the field. He was humble, sincere, and candid. In our conversations, Deshaun detailed his commitment to leading our team; he understands and embraces the hard work needed to build his name both in the community and on the field.”

Shortly after the trade was announced, Tony Buzbee — the attorney for the 22 women who are suing Watson — told CNN that no NFL teams reached out to him or his clients in an attempt to research Watson.

“The Browns organization did not reach out to me. I didn’t expect them to do so and can understand why they didn’t. But, knowing what I know, they probably should have,” Buzbee said.

Browns head coach Kevin Stefanksi said the team understands “the concerns and questions that exist” but are “confident in the extensive work Andrew (Berry) and his staff have done to feel confident about him joining our organization.”

During his five seasons playing for the Texans, Watson established himself as one of the best young quarterbacks in the league.

He has been voted to three Pro Bowls and led the NFL in passing yards in 2020.