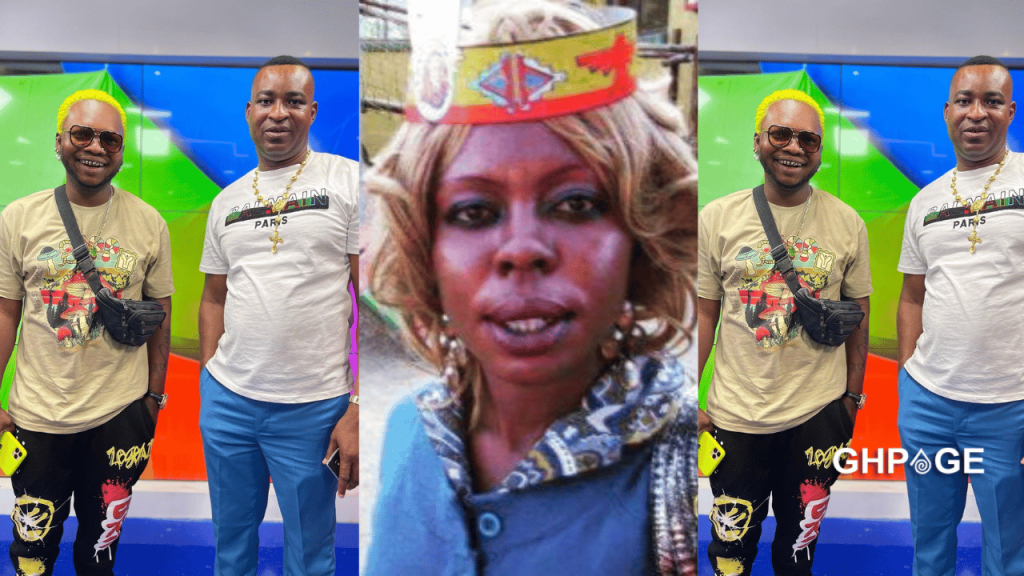 Afia Schwar might be shivering and panicking wherever she is because she never expected such a turn out of events as her two sworn enemies have officially formed an alliance.

Nana Tornado who has a long-standing beef with Afia Schwar has met Chairman Wontumi who also doesn’t see an eye to eye with the controversial comedienne.

Obviously, Chairman Wontumi and Nana Tornado’s newly formed friendship will put the NPP bigwig on a safer side because te loudmouth actor is the only person in the industrywho can match Afia Schwar boot for boot with insults and vile words at the moment.

If things don’t change in the future, Nana Tornado will be hitting back at Afia Schwar anytime she attacks Chairman Wontumi because as we all know, “The enemy of my enemy is my friend” hence two parties can or should work together against a common enemy.

Nana Tornado upon meeting Chairman Wontumi for the first time inside the plus studio of Movement TV applauded the NPP Ashanti Regional NPP for the good work done.

READ ALSO: Afia Schwar subtly responds to Chairman Wontumi for dragging her to court for the second time

She will dedicate the whole of net week to throwing indercet shades at her two known enemies.