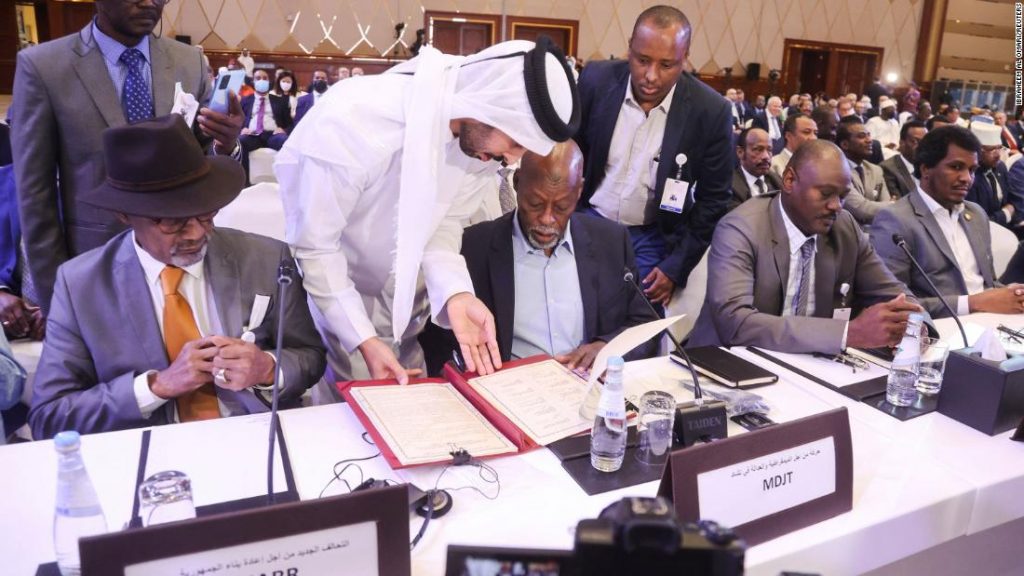 However, main rebel group Front for Change and Concord (FACT) did not sign the agreement.

“Under the auspices of the State of Qatar, the Chadian parties sign the #Doha_Peace_Agreement_in_Chad. This stems from the active regional and international role of Qatar in providing the basic ground for mediation and preventing the outbreak and exacerbation of conflicts,” the ministry said in a statement on Twitter.

In a statement released on Sunday, Qatar confirmed it has hosted negotiations over the past five months ahead of a broader national reconciliation dialogue, which is expected to take place later this month.

“This agreement paves the way for the start of the national, inclusive, and sovereign dialogue in Chad in the capital, N’Djamena, which aims to achieve comprehensive national reconciliation,” said Qatar’s foreign ministry.

Qatari Foreign Minister Sheikh Mohammed bin Abdulrahman Al-Thani opened the signing with a speech. Among the attendees were the negotiating delegation of the transitional government in Chad, representatives of opposition groups and the African Union as well as a few international bodies, according to Qatar’s foreign ministry.

The interim military government took over following the death of former President Idriss Deby who was killed in 2021 on the battlefield fighting main rebel group FACT.

It is led by Derby’s son who seized power after the death of his father.

Rebel group FACT rejected the Doha agreement on Sunday. It said in a statement posted on Twitter that the rejection “follows the failure to take our demands into consideration”.