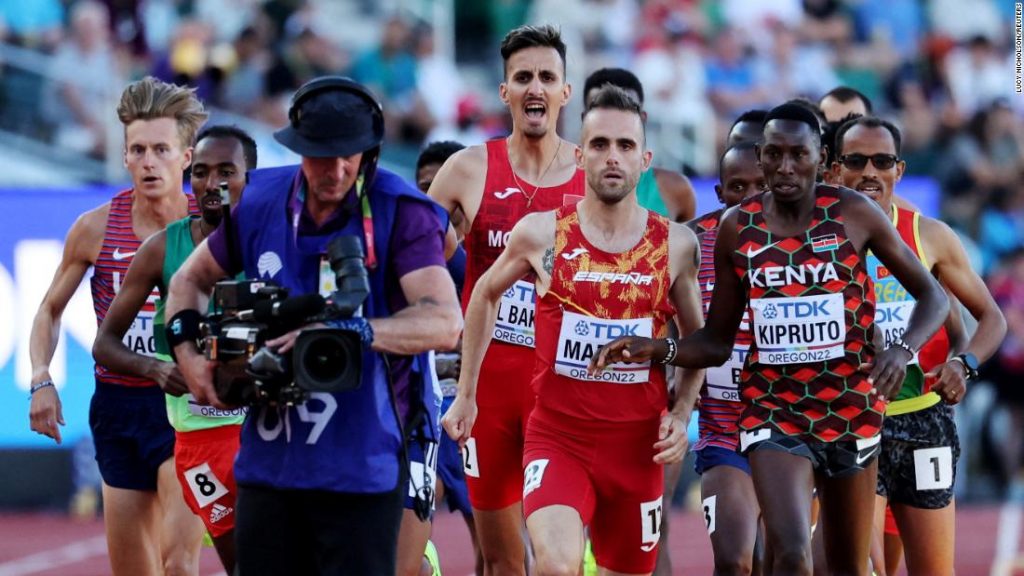 The 15 athletes were forced to dodge the camera operator, who, with his back to the runners, seemed oblivious to the scenario unfolding behind him.

Video of the incident shows some of the runners shouting at the operator, who only realized what was happening after the pack passed him.

“I was a little worried that he was going to dart one way or another, right at the last second, but thankfully, he didn’t realize we were there until we all passed him,” US runner Evan Jager, who placed sixth, said after the race.

Morocco’s Soufiane El Bakkali took gold in the race — an event that requires negotiating 28 barriers and seven water jumps around seven-and-a-half laps of a track.

“The course was very tactical, slow. We had very good runners like defending champion [Conseslus] Kipruto,” El Bakkali, the 2020 Olympic champion, said after the race.

“I positioned well in the last lap. I am very strong in the 400m, and it worked out for me,” he added.

The World Athletic Championships, being held in the United States for the first time ever, conclude July 24.