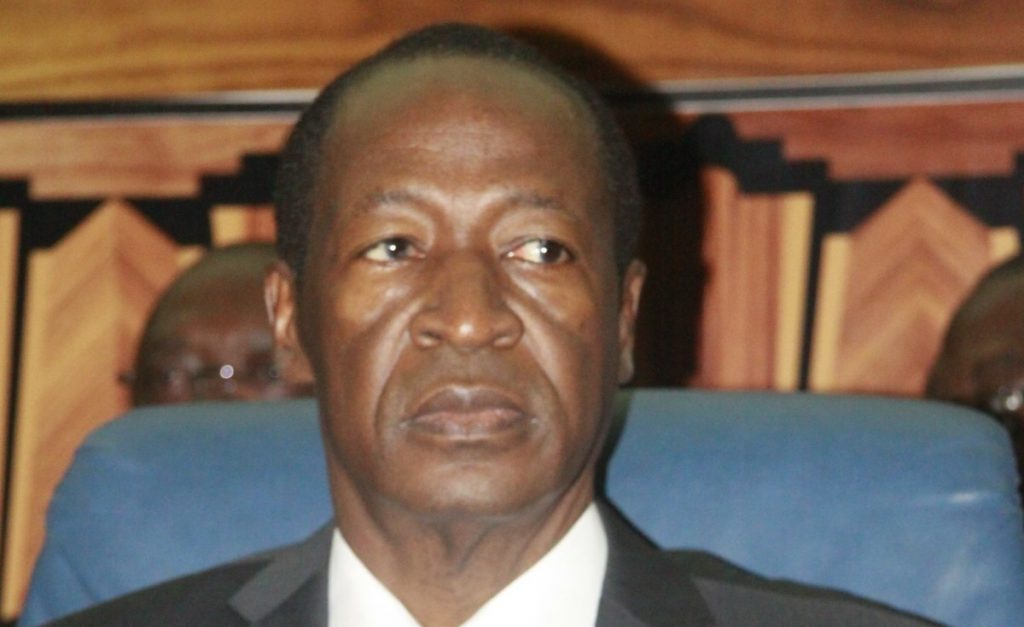 A plane carrying Blaiselanded at 2 p.m. at an airbase in Ouagadougou on July 7, 2022 and was airlifted to an unknown destination. A few hundred of his supporters were at the Ouagadougou airport to see their leader return to the country after almost 8 years in exile.

“We are really happy. We are going to welcome our ex-president for all he has done for our country,” said a supporter. “We are happy that Blaise Compaoré is coming to Burkina Faso,” rejoiced another.

“For the people of Burkina Faso, especially for the youth, it is a strong message that President Damiba has sent. Frankly, we cannot achieve peace without all the leaders who were not there and who are returning”, indicated another supporter.

“We are happy with the return of our brother, our dad and our uncle”, noted supporter from Blaise Compaoré’s stronghold Ziniaré.

On the other side of the city, Serge Bayala, a civil society activist for the Balai Citoyen movement, who participated in the protests that led to Compaoré’s ouster in 2014, considers this an attack on democracy.

“For us who ousted Blaise Compaoré from power in 2014, we consider that it is an attack on democracy and on Burkina Faso’s subscription to the international and universal charter of human rights. Bayala described it as a rape of the imagination of the martyrs of October 30 and 31. The place of the executioners is behind bars,” said Bayala.

On July 15, 2022, former presidents Roch Kaboré, Michel Kafando, Isaac Zida and Jean-Baptiste Ouédraogo and Blaise Compaoré are expected to attend a meeting with President Damiba. According to sources, Compaoré will return to Abidjan on July 16, 2022.

On April 6, 2022, a military tribunal in Burkina Faso found 11 men, including the former president, Blaise Compaoré, guilty of “attacks on state security, complicity in murder and concealment of a corpse,” when on October 15, 1987, former president Thomas Sankara and 12 others were assassinated by a group of commandos while in the party leadership’s compound. Compaoré who was one of the coup plotters, took power as a result of the coup.

Compaoré ruled Burkina Faso for 27 years. In his first years in charge, he quickly overturned Sankara’s most progressive policies and cultivated relationships with leaders of militant networks operating in the Sahel.

Compaoré was found guilty in absentia, for plotting Sankara’s death. The verdict was thought to show that nonviolent activism of groups like Balai Cityoen are making a difference. Similar groups across Africa were paying close attention to Burkina Faso and the results of the trial. These include Y’en a Marre (Enough is Enough) in Senegal and La LUCHA (Struggle for Change) and Filimbi (Blow of the Whistle) in the Democratic Republic of the Congo.